ALABASTER – A Montevallo woman was recently taken into custody and charged with chemical endangerment of a child.

Danielle Monique Kusiak, 26, who lists an address on Hedgerow Drive, was arrested by the Alabaster Police Department on Thursday, April 5. 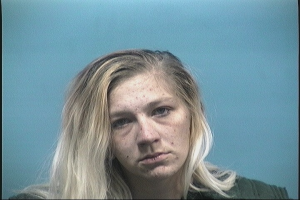 According to her arrest warrant, Kusiak allegedly “knowingly, recklessly or intentionally” exposed a child to amphetamine on Nov. 30, 2017.

Chemical endangerment of a child is a Class C felony. If convicted, Kusiak could serve up to a decade in prison.

Kusiak remained at the Shelby County Jail until April 9, when she was released on a $15,000 bond.

Kusiak’s case was assigned to Shelby County District Court Judge Daniel A. Crowson Jr., and she is set to appear in court for a preliminary hearing at 8:30 a.m. on April 26.