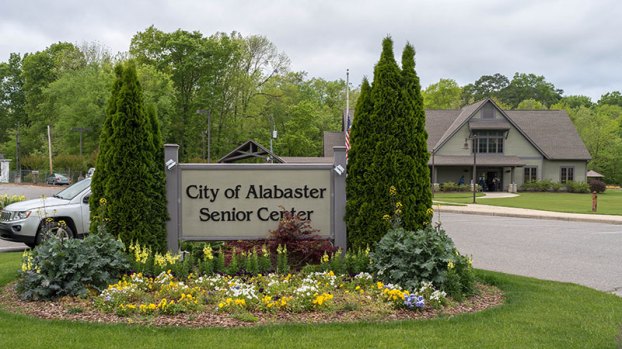 The city and county are partnering to build a new outdoor pavilion next to the Alabaster Senior Center on the site of the former outdoor gym. (File)

ALABASTER – Alabaster’s senior citizens soon will have a more convenient and reliable method of traveling to and from day trips, as the City Council recently approved the purchase of a new bus for the center.

Council members voted unanimously during their April 9 meeting to accept a $130,555 bid from Transportation South to purchase a 2017 Starcraft LXT 35-passenger bus for the Senior Center.

The bid came in significantly lower – about $35,000 – than the city had planned to spend on the new bus in its 2018 fiscal year budget. Transportation South was the sole bidder on the new bus.

Senior Center Director Alicia Walters told council members purchasing the new bus ultimately could save the center money, since the city will not have to rent motor coaches to take seniors on regular day trips.

The Senior Center schedules between five and seven outings per month for the city’s senior citizens, which “improves quality of life by supporting their physical, social and emotional wellbeing,” according to the resolution approved by the council.

This month, the seniors traveled to Columbus, Mississippi, to attend the annual Spring Pilgrimage, traveled to the Huntsville Botanical Gardens and will attend an Alabama Symphony Orchestra performance on April 20.

To learn more about the Alabaster Senior Center and its offerings, visit http://www.cityofalabaster.com/199/Senior-Adults.

PELHAM – Pelham has been selected as the future site of a groundbreaking public attraction designed to make the world a... read more