COLUMBIANA – A 51-year-old California man who previously served prison time for trafficking marijuana in Pelham is back in the Shelby County Jail on a $1 million bond after the Birmingham Drug Enforcement Agency charged him with trafficking methamphetamine in Montevallo. 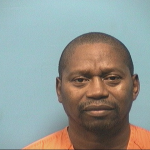 The Birmingham DEA office arrested Arthur James Allen, who lists an address on South Pilgrim Street in Stockton, California, and charged him with one count of trafficking methamphetamine.

According to his arrest warrant, Allen allegedly was found in possession of 83 grams of methamphetamine in the 4000 block of Alabama 25 in Montevallo on May 6, 2016.

As of April 18, Allen was being held in the Shelby County Jail on a $ 1 million bond, and was set to appear in Shelby County District Court on May 2 for a preliminary hearing. If convicted of the crime, Allen could face up to life in prison.

This marks the second time in the past several years Allen has been arrested on a drug charge in Shelby County.

In 2010, the Shelby County Drug Enforcement Task Force arrested Allen and charged him with one count of trafficking marijuana after he was found to be in possession of more than 2.2 pounds of marijuana at a hotel on Oak Mountain Circle in Pelham.

Allen pleaded guilty to the trafficking marijuana charge in 2011, and served three years in prison as a result.