COLUMBIANA – A Maylene man was arrested on multiple theft-related charges on Monday, April 17, and later received several additional charges on the following day.

Christopher Eugene Ladner, 36, who lists an address on Maylene Drive in Alabaster, was originally arrested by the Alabaster Police Department and charged with robbery in the first degree, theft of property in the first degree, burglary in the second degree, theft of property in the second degree and breaking and entering into a vehicle. 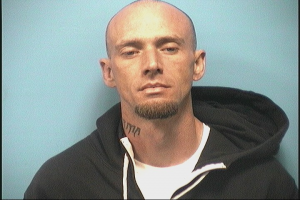 According to court documents, Ladner allegedly broke into a 2005 Acura on March 17, and threatened the car’s owner with a machete in order to steal her purse, phone, prescription and debit or credit card.

Court documents allege that Ladner unlawfully entered a building and committed the theft of schedule two narcotics at from a pharmacy on Alabama 119 in Alabaster and stole a 1988 Toyota pickup truck on March 18.

Ladner is also accused trespassing on the property of an Alabaster landscaping company and breaking into a 1997 Toyota Tacoma, a 2001 Ford F550 and a 1998 freightliner owned by the business on March 18. He allegedly damaged the dashboards and radios of the Toyota Tacoma and the freightliner, as well as the Ford F550’s radio, windshield, dashboard and window glass.

As of April 19, Ladner remains at the Shelby County Jail on bonds totaling $198,300. His case was assigned to Shelby County District Court Judge Daniel A. Crowson Jr., and Ladner is scheduled to appear in court for a preliminary hearing at 8:30 a.m. on May 17.

By NEAL WAGNER / Managing Editor ALABASTER – Those looking for a chance to buy and sell a wide variety... read more