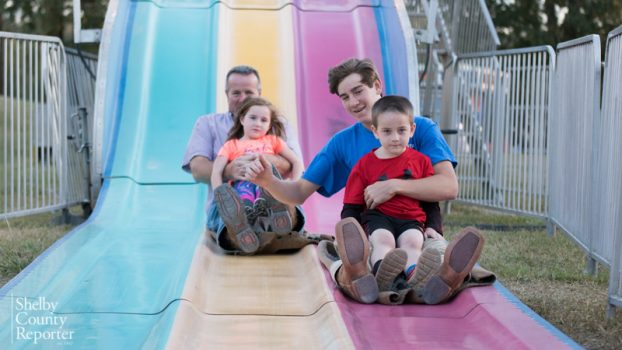 Seven Shelby County Cities were ranked among the best Alabama places to raise a family, according to Niche.com. (File)

Local cities among best for families

A number of Shelby County municipalities ranked highly on the list of the best places to raise a family in the state, according to a national website.

Hoover, Helena, Indian Springs Village, Pelham, Chelsea, Alabaster and Calera were placed in the top 25 on the Niche.com list, “2018 Best Places to Raise a Family in Alabama,” out of 194 spots.

The rankings were based off of the quality of each city’s public schools, higher education rate, cost of living, crime rate, quality of housing, family amenities, diversity, outdoor activities, number of households with children, walkability, number of children below the poverty level and number of residents under the age of 18.

Hoover came in at No. 4 with an overall Niche.com grade of A+. Hoover’s public schools and quality of life for families also received a grade of A+ by Niche.com users.

One user, who identified as a current resident, wrote that they had “nothing but excellent experiences” while living in Hoover.

“The city is very convenient for mine and my husband’s jobs, and our children are doing amazing in the school system here,” the user wrote. “I would like to see the cost of living to be more affordable, but in reality, it is not that outrageous.”

Helena came in two places behind Hoover at No. 6. The city received an overall Niche.com grade of A, an A in public schools and an A+ in the quality of life for families.

“We’ve lived in Helena for 15 years and love the family atmosphere, annual festivals, schools and sense of community,” one resident wrote.

Indian Springs Village was ranked at No. 7, with an overall Niche.com grade of A+, an A- in public schools and an A+ in the quality of life for families.

“There is not much nightlife, but the cost of living, safety, public school, family friendliness and diversity is all pretty good,” wrote one user who identified as a nearby resident.

Pelham came in at No. 10, and received an overall grade of A, a public schools grade of A- and an A in the quality of life for families.

“My experience in Pelham was based on a friendly community that revolved around the key buildings in the town, specifically the schools that inhabit the city, while also having a host of other facilities that benefit the community,” wrote one current resident.

Immediately following Pelham, Chelsea came in at No. 11. The city received an overall grade of A, as well as in the “Good for Families” category, and an A- ranking in public schools.

“This is a great place for families,” one resident wrote. “It is very family-focused, with a strong sense of community. A great place to have a God centered family.”

Alabaster was ranked at No. 15, and received an A in its overall grade and its quality of life for families and an A- in its public schools.

“Family friendly areas with decent education, which is on the rise because we just became governed by our own city council and are building new facilities for education,” one resident wrote. “Wonderful special education amenities here, as well. Plenty of colleges only thirty minutes in any directions. Truly a wonderful place to live.”

Rounding out the list was Calera, which ranked at No. 17. It received an A in its overall grade and quality of life for families and an A- in public schools.

“Calera has a small town feel with the convenience of having the big city down the road,” a resident wrote. “Living here, you are within 30 minutes of anything you need or imagine.”