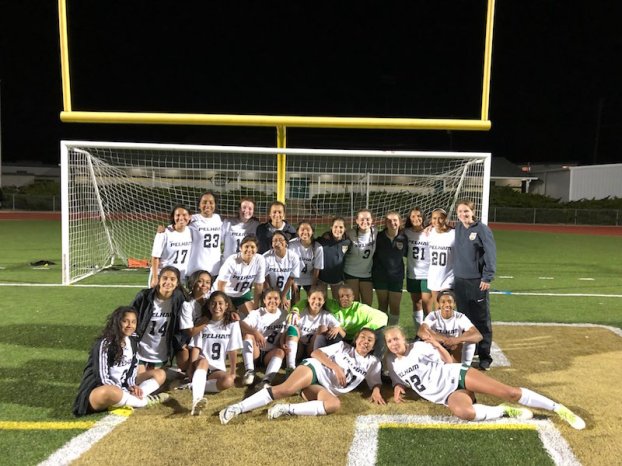 Pelham's girls soccer team clinched a playoff berth for the first time in six years after taking down Helena 1-0. (Contributed)

With the soccer playoffs now less than a week away for several soccer teams, Thursday, April 19, marked one of the last chances to gain some momentum for the postseason or even clinch a spot in the playoffs, which was the case for the Pelham girls. Below is a recap from each game that took place.

This matchup was the deciding factor on whether Chelsea would be the Class 6A Area 7 champion or if that reward would go to the Palham Panthers.

The Panthers gave it their all, but after both teams scored late goals, Helena went on two win the game 2-1 after winning PKs 4-2. Pelham already had a playoff spot locked up but will now have to travel in the first round of the playoffs as the Panthers look to defend their first state championship in school history.

The Hornets have now won six of their last eight games and are 12-7-2 overall. Chelsea will now host a first-round playoff matchup on its home turf as the Hornets look to put together a deep playoff run.

Senior night was a roaring success for the Briarwood Lions, who picked up their 17th win in a row to move to 19-2-1 on the season and cement themselves as a favorite for the 4A-5A state championship heading into the postseason.

Seniors Thomas Amster and Bryant Wood went out with a special night, as each scored a goal during their last regular-season home game at Briarwood.

The Lions haven’t lost a soccer game since Feb. 17 and both of their losses have been by final scores of 3-2 in the first five games of the season.

The Westminster at Oak Mountain boys soccer team continued its successful season with a 9-0 win against American Christian on Thursday night.

Westminster has now won 12 of its last 13 games with that lone loss being to 5A No. 1 Briarwood, as the Knights have moved to 15-2 overall this season and 4-0 in area play.

Pelham’s girls soccer team picked up a momentous win on Thursday night after taking down Helena 1-0 to clinch a spot in the postseason.

Having already beaten Helena 4-1 earlier in the season, Pelham’s odds at making the playoffs were pretty high already, but to pick up the 1-0 win cemented the improvement this year’s team has made.

The first half was a back-and-forth affair with many great chances, but neither team was able to get the upper hand, which led to a 0-0 halftime tie.

That changed in the second half as the Panthers came out a bit more motivated. A big reason was junior Jenny Aguilar, who came off the bench to ignite Pelham’s second-half surge.

She was able to pick up an assist when she played a ball to Michelle Hernandez with 27 minutes to go. Hernzndez beat her defender after the great pass and fired a ball by the goalkeeper for the game’s only goal.

The Panthers’ back line of defense was strong all night and held the 1-0 advantage rather easily.

Pelham’s strong second half led to a playoff berth for the first time in six years. The celebration will be short lived, however, as the Panthers have to travel to take on the No. 1 6A team in the first round of the playoffs—John Carroll—which will require all of their focus.

The Chelsea Hornets also had a strong night on senior night thanks to a 2-0 victory against the Gardendale Rockets.

Chelsea has now won four games in a row and 10 of its last 12 contests, as the Hornets finished a perfect 4-0 in area play to win the area championship.

They’ll go into the playoffs with an overall record of 13-5-1 as they look to defend their 6A title from last year.

By ALEC ETHEREDGE | Sports Editor HOOVER – Spain Park and Westminster at Oak Mountain may be at opposite ends... read more