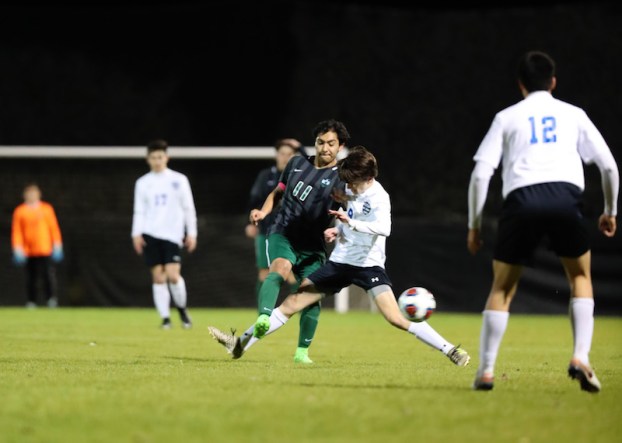 Those three teams, along with Class 5A runner up Briarwood, were ranked in the latest coaches poll ahead of a hopeful playoff push in the coming weeks.

Briarwood, Chelsea, Indian Springs, Oak Mountain, Pelham and Westminster at Oak Mountain were all ranked in the standings and are looking to cap off special seasons.

The Briarwood Lions remain the highest ranked team in the county at No. 1 in Class 5A and are looking to finish the 2018 season off with a state championship after losing in the title game a year ago.

Their first-round matchup will be against Holt on Friday, April 27, at 7 p.m. at Lions Pride Stadium.

While Pelham is the defending 6A state champion, the Chelsea Hornets stole away the area championship this season and also earned a higher ranking in the latest poll.

The Hornets, now No. 5 in the Class 6A standings, will get to host a first-round playoff game thanks to the area championship. They’ll take on John Carroll Thursday, April 26, at 7 p.m.

Pelham was just three spots lower down in eighth, as the Panthers will have to hit the road in round one. They’ll take on 6A No. 1 Homewood in the first round who has not lost a game this season and sits at 19-0-2 overall. The two teams met on April 11 with the Patriots winning 3-1.

The Oak Mountain Eagles, the only 7A boys team to make the playoffs, are ranked sixth in the classification and won’t kick off the postseason until Monday, April 30, when they travel to take on 7A No. 2 Vestavia Hills.

It marks a tough opening game for the Eagles who are looking to four-peat as state champions.

Both Westminster at Oak Mountain and Indian Springs continue to look like state championship contenders and were both inside the 1A-3A top three.

The Knights were the higher of the two teams at No. 2 and sit at 16-2 overall this season with a spot in the playoffs locked up.

Indian Springs was ranked one spot lower at No. 3 and will also be in the playoffs this year as the team looks to defend its 1A-3A State Championship from 2017.

Calera and Montevallo are both unranked, but the Eagles have locked up a spot in the playoffs, while the Bulldogs still have a chance with a win against Elwood Christian on Tuesday, April 24.