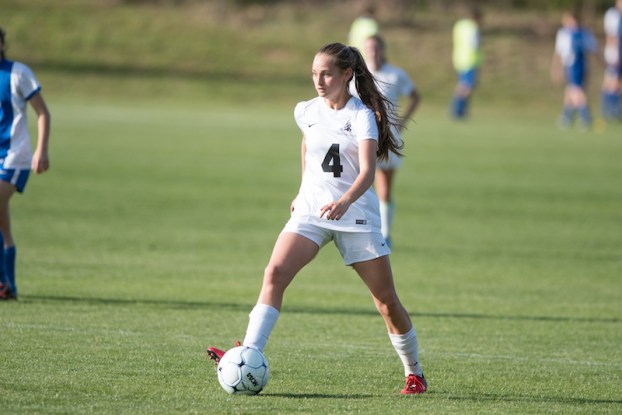 This season, it could be more like what the boys did last year by winning three of the four state championships with the level of talent in 2018.

A total of seven girls soccer teams are ranked heading into the postseason, including all three of the county’s 7A schools.

Last year no 7A team won the state championship, but with Spain Park ranked fourth, Oak Mountain ranked fifth and Thompson ranked 11th, there is a strong possibility for one of those three to at the very least make the final four in 2018.

The Jags have had a resurgent season and have won three in a row and eight of 10 heading into their final regular season game with Mountain Brook.

Oak Mountain has had an up and down season, but still sits at 12-6 and finished 5-1 in one of the most difficult soccer areas in the state.

While Thompson is the lowest of the three ranked teams, the Warriors have shown they can compete against the best teams in the state beating teams like Chelsea and Hoover and tying with John Carroll.

Chelsea and Pelham both have strong chances to bring home the Class 6A crown as well.

The Hornets, ranked No. 4 in the classification, are 13-5-1 this season and looking to finish off a path to repeating as state champions after a strong effort in the postseason last year that featured some thrilling wins and strong goalkeeping.

Chelsea will get a matchup with No. 2 Homewood in the first round of the playoffs to start with a challenge.

Pelham’s challenge as the No. 10 team will be slightly more difficult, however, as the Panthers will be forced to take on the team that edged out Homewood for an area title—No. 1 ranked John Carroll.

Win or lose, it’s a season that saw Pelham clinch its first playoff berth in six years after a 15-3-1 record in 2018.

Despite a struggle in the regular season, Briarwood will go into the playoffs looking to repeat as state champions. The Lions tend to get an easier path, but at 5-10-1, they’ll have to prove their worth this time around.

Indian Springs and Westminster will also look to bring home a state championship this season after both teams came up short of reaching the final four in 2017.

Last year the winner of the Westminster/Indian Springs game in round one had to go on to play No. 1 Montgomery Academy in the second round and that will likely be the case again this season.

By ALEC ETHEREDGE | Sports Editor With the soccer playoffs now less than a week away for several soccer teams,... read more