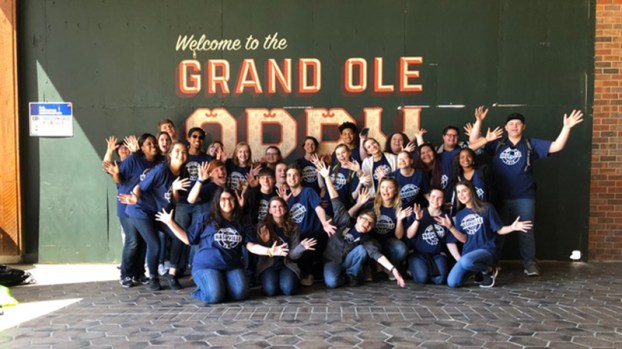 The Thompson High School Madrigals choir performed at one of the most storied music venues in the world on April 20, as they took the stage before the Grand Ole Opry’s performance that night.

The Madrigals performed at the venue through the Grand Ole Opry’s Music City Performance Program, which showcases talented students from across the nation.

The Music City Performance Program gives students an amazing performance experience at one of the nation’s most iconic music establishments.

“Being able to showcase talented students from across the country is very rewarding and fosters excellence in their musical development curriculum,” said GOO Entertainment Group Director of Sales Wayne Chandler.

The THS Madrigals performed for 20 minutes before attending the world’s longest-running radio show, and received a commemorative performance poster and recognition during the night’s Grand Ole Opry performance.