COLUMBIANA–A 44-year-old Helena man is being held in the Shelby County Jail on charges of second-degree assault, public intoxication and resisting arrest after allegedly assaulting a Helena police officer on April 13. 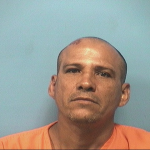 The Helena Police Department arrested Manuel De Jesus Marroquin-Navarro, who lists an address on Brook Forest Circle in Helena, on April 16 and charged him with one felony count of second-degree assault, public intoxication and resisting arrest.

According to his arrest warrants, Marroquin-Navarro allegedly “committed the crime of second-degree assault on April 13, with the intent to prevent a peace officer from performing a lawful duty with intent to cause physical injury.”

His arrest warrants also state Marroquin-Navarro allegedly “on April 13, appeared in a public place, Helena Marketplace, under the influence of alcohol, narcotics or other drugs to the degree that he endangered himself or another or property.”

As of April 24, Marroquin-Navarro remains in the Shelby County Jail on bonds totaling $10,800.

Marroquin-Navarro is set to appear in court for a preliminary hearing on May 3, at 8:30 a.m.

By GRAHAM BROOKS / Staff Writer HELENA–Schools throughout Helena just got some financial help to use at their discretion thanks... read more