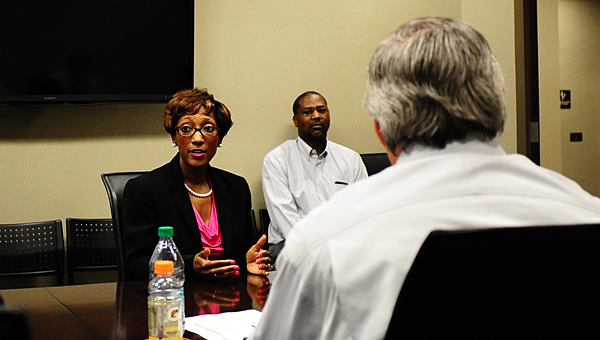 The Alabaster City Council voted unanimously during its April 23 meeting to appoint Jamia Alexander-Williams to a five-year term on the city’s Board of Education. (File)

ALABASTER – A longtime volunteer and familiar face in the city’s schools will serve on the city’s Board of Education for the next several years after she was appointed to the board by the City Council during an April 23 meeting.

“I’m so humbled and so excited. This is a dream come true, and I’m ready to serve the kids, because it’s all about them,” Alexander-Williams said during an interview after the council meeting. “I view this as a continuation of what I’ve already been doing.”

Alexander-Williams was one of eight finalists the City Council interviewed for the Place 2 BOE seat in late March.

“We probably had the best group of applicants we’ve ever had this time,” said Councilman Russell Bedsole. “The fact that you were chosen says a lot about you and your commitment to our community.”

Council members praised Alexander-Williams for the work she has done in the city and in the city’s schools over the past several years.

“You are going to do a phenomenal job,” Martin said. “You are so passionate and you always want to do what is best for the children in our city.”

“I know you are going to do what is best for the people who really matter: our students,” Council President Scott Brakefield added.

COLUMBIANA – Students at Shelby County High School spent part of the afternoon on Friday, April 20, at an assembly... read more