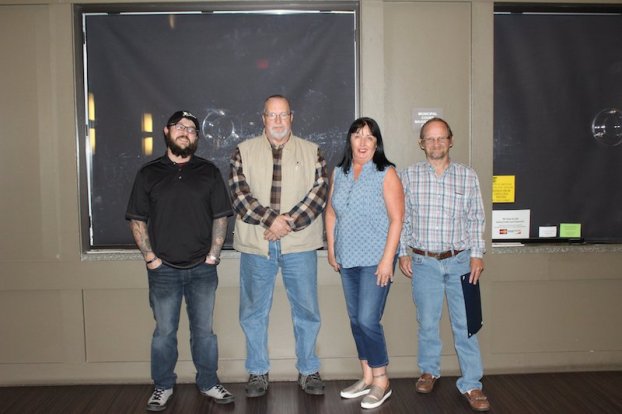 The Alabaster Community Give Backers are currently awaiting the approval of the federal government to establish themselves as a nonprofit organization. (Contributed)

ALABASTER – A charitable organization in Alabaster is in the final stages of attaining its nonprofit status. John Ellison, president and founder of the recently formed Alabaster Community Give Backers, said the group has already received its employer identification number from the IRS, which establishes it as a corporation.

Ellison said the EIN number will allow the Give Backers to receive monetary donations and make all donations tax deductible.

“We basically can do what we need to do with the EIN number,” Ellison said.

Ellison said the Give Backers are currently waiting on approval from the federal government. He said he is expecting a judge’s signature within the next week.

Ellison and Give Backers board member Peg Scott said they had to jump through many financial and legal hurdles to establish the group as a charitable organization.

“I had to get a lawyer and everything to make it official,” Ellison said.

“It’s definitely worth it in the end,” Scott said. “Your average Joe can’t just go out and establish something like this. You have to have a lot of money to back it up.”

Give Backers Vice President Michael Rodgers said he hopes to get local businesses and corporations involved with donating.

“I think it’s going to open more doors for us,” Rodgers said. “This will be a chance for (businesses) to give back to the community.”

The Alabaster Community Give Backers began as an informal group in December 2017, and Ellison said they have been collecting donations for Shelby County residents who have been displaced through a disaster. There are currently four board members: Linda Lowden, Rodgers, Ellison and Scott.

“We’re primarily focusing on Shelby County,” Ellison said. “But we’ll go a little out there to the outskirts.”

He said word about the Give Backers has travelled fast, and they are receiving donations from “all over.”

“It’s kind of spreading, what we do,” Ellison said.

Currently, the Give Backers are renting seven storage units full of clothing, furniture, household appliances and toys, where those who have been displaced can take what they need.

Ellison said the Give Backers have also established relationships with local law enforcement agencies and fire departments so they can quickly respond in the case of an emergency.

“Everything we’ve done has been worthwhile,” Ellison said. “I love what I’m doing.”

Scott said she was proud to work with people like Ellison for a good cause.

“John is a person who really cares about people and always wants to help someone,” Scott said. “He enjoys helping so much, it’s his backbone.”

Ellison encouraged anyone in need of assistance to contact them by sending a message detailing a person in need’s name and contact information to the “Alabaster Community Give Backers” Facebook page, which is regularly monitored.

By ALEC ETHEREDGE | Sports Editor NORTH SHELBY – One of Indian Springs’ best golfers will now be continuing his... read more