Sheriff Samaniego joined 27 other sheriffs from across the country for training on contemporary challenges facing America’s sheriffs today. In light of those challenges, the sheriffs explored the role of the local sheriff in providing effective leadership for the public good in such areas as public safety, criminal justice system policy, community relations, and organization effectiveness and efficiency. 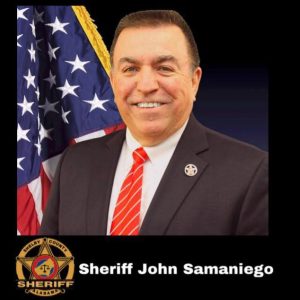 Hilary Burgess, NSA Director of Professional Development, said, “Sheriff Samaniego is a leader with vision for the Shelby County Sheriff’s Office. It is an honor to have Sheriff Samaniego join the more than 2,900 graduates of the NSI since 1973.”

The NIC is a division of the U.S. Department of Justice, Bureau of Prisons. It is the primary federal source of technical assistance, training, and information services for state and local corrections. NIC provides a wide variety of services to the nation’s jails, most of which are the responsibility of sheriffs.