COLUMBIANA – An Alabaster man was recently jailed after he was accused of knowingly receiving a stolen vehicle.

Mark Randall Johnson, 53, who lists an address on Cedar Grove Park in Maylene, was arrested by the Helena Police Department on Tuesday, April 24, and charged with receiving stolen property in the first degree. 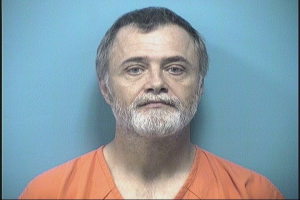 According to court documents, Johnson allegedly received a 2011 Toyota 4RN automobile, valued at $30,000 and belonging to Americars Group, LLC, with the knowledge that it was stolen and “not having the intent to restore it to the owner.” Johnson allegedly acquired the vehicle on April 21.

Receiving stolen property in the first degree is a Class B felony, which can be penalized by up to 20 years in prison.

As of April 26, Johnson remained at the Shelby County Jail on a $30,000 bond. His case was assigned to Shelby County District Court Judge Daniel A. Crowson, and his preliminary hearing is scheduled for 8:30 a.m. on May. 17.