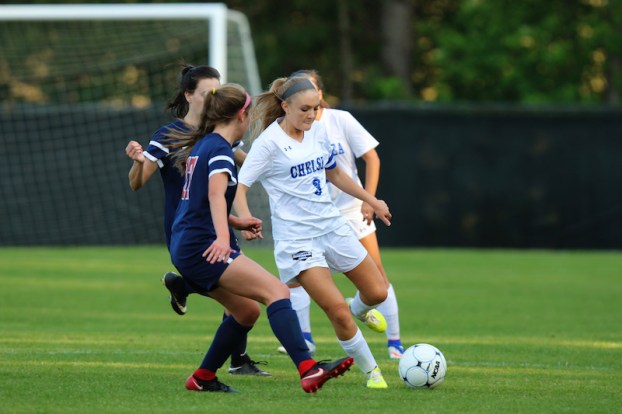 Chelsea's girls soccer team held on for a 4-3 win against No. 2 Homewood to advance to the second round of the 6A playoffs. (For the Reporter/Cari Dean)

Chelsea girls take down Homewood in top-4 battle to advance

CHELSEA – In a game that had Chelsea girls soccer head coach Jonathan Hammet speechless after the game, the Hornets were able to pull out a thrilling 4-3 win despite a furious comeback from the Homewood Patriots.

While Chelsea won the regular-season area title in its area and the Patriots finished as runner-up in their area, Homewood actually had the higher ranking at No. 2, while the Hornets came into the matchup at No. 4.

Early in the game, however, Chelsea looked like the better team and like a team that was on a mission to start their path to repeating as state champions with a win in the first round. 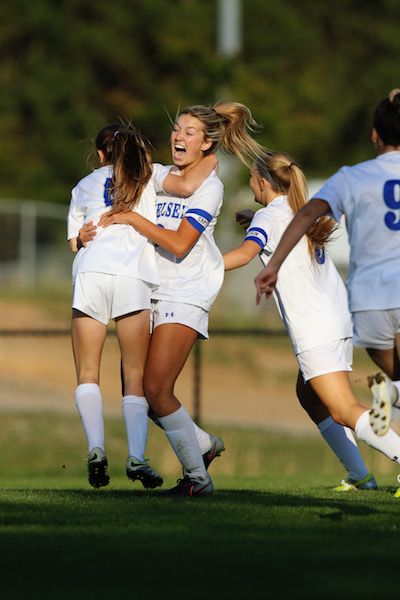 Within three minutes of the game starting, the Hornets were able to get on the board for a quick 1-0 lead after Haley Duca punched home a goal of an assist from Kailey Littleford.

That was just the first of three first-half goals for the Hornets, who scored again with nine minutes left in the period and once more just 2:30 after with 6:30 left to take a 3-0 advantage into the halftime break.

Chelsea couldn’t have asked for a better half, but if anything has been proven throughout the history of these teams playing over the years, it’s that games normally go down to the wire.

This time around was going to be no different.

Homewood got on the board quickly in the sixth minute of the half to cut Chelsea’s lead to 3-1, which started a momentum shift.

Just 13 minutes later, Homewood picked up its second goal and this time around, the Hornets starting keeper was injured forcing senior Elizabeth Batton-Pate to come in and try to preserve a 3-2 lead with 22 minutes left in the game.

Around seven minutes later, Chelsea answered back in a big way. With the defense stepping up, the Hornets were able to start attacking offensively again and earned a free kick inside the 6-yard box. Lexie Duca was able to tap the ball back to her sister Haley Duca, who split the Homewood defenders for her second goal of the night to put Chelsea up 4-2 with 15:30 remaining.

All of 11 seconds later, the Patriots put together a crucial answer after the Hornets were whistled for a foul near midfield. Homewood placed the ball perfectly into the box off of the free kick and the Hornets were unable to clear the ball, which led to Homewood tacking on another goal to get within one goal yet again.

The final 15:19 of the game were extremely intense and Homewood had a great chance to tie it in the final few minutes.

The patriots were able to put a nice shot on goal that had a great chance, but Batton-Pate made a leaping save to knock the ball away. Chelsea eventually cleared the ensuing corner kick and went on to win by the final score of 4-3.

Batton-Pate, the senior goalkeeper that had come off the bench earlier in the game, ended up making the play of the year for the Hornets to likely preserve their season.

Chelsea will now travel to take on Opelika in round two of the playoffs on Monday, May 1, at 5 p.m.

By NEAL WAGNER / Managing Editor ALABASTER – Thompson High School wrestler will be helping a collegiate program get its... read more