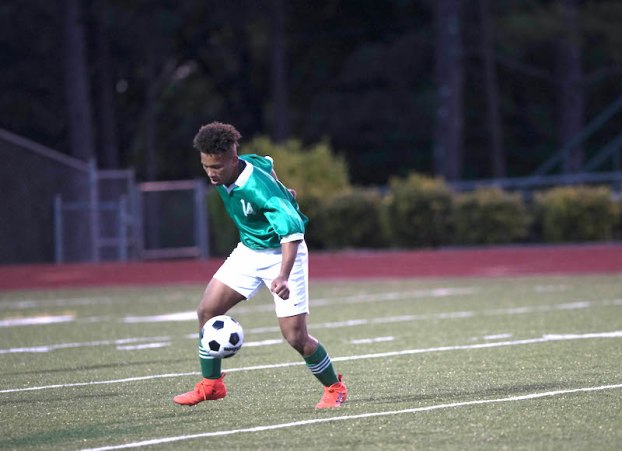 Pelham's soccer season came to an end in a heartbreaking 3-2 overtime loss to No. 1 Homewood in the first round of the playoffs. (File)

Pelham’s bid at repeat ends at hands of No. 1 Homewood in OT

HOMEWOOD – Last season, the Pelham Panthers and Homewood Patriots played to three one-goal games during the season, while the Panthers got the better of the Patriots in the quarterfinals of the playoffs before going on to win their first state championship in school history.

A year later, the two teams met again, this time in the first round of the playoffs at Waldrop Stadium on Saturday, April 28.

Despite being a new game, this time around was going to be no different as the two battled through 40 grueling minutes of play and ended in a 2-2 tie leading to overtime.

Just a few minutes into the overtime period, Homewood’s Jake Henderson was able to get the best look of the extra time when Harrison Wingo laid a free kick perfectly to senior midfielder Jake Henderson, who placed the header perfectly into the net to keep the Patriots season alive with a 3-2 overtime victory.

It’s a tough out for the defending state champs, who became a victim of a difficult 6A classification that forced the No. 7 Panthers to take on the No. 1 and undefeated Patriots in the first round.

It marked the second matchup of the season between the spirited rivals, as Homewood picked up a 3-1 game in another thriller just a couple of weeks earlier.

The Patriots built off of that win and started the playoff game with a confident spark and scored within five minutes of the game kicking off.

Abraham James caught the ball off of Homewood’s first corner and snuck it in the back of the net to give the Patriots a quick 1-0 lead.

Pelham’s defense, which head coach Patrick McDonald was high on coming into the year, stepped up after that and held Homewood scoreless the remainder of the first half, which gave the offense a chance to tie the game.

In the 31st minute of the first half, Pelham got a corner of its own and made it count. Braxton Jeffcoat served a ball into a scrum of players and it eventually found Jaylen Cook after a teammate headed it from the left side of the box to directly in front of the net for Cook’s equalizer to knot the game at 1-1 heading to the halftime break.

After giving up first-half goals, both teams came out playing much stronger defensively in the second half. The first 20 minutes went by quietly with just a couple of chances for each team, before the final 20 minutes turned into an intense thriller.

In the 18th minute, Wingo was able to find a crease in Pelham’s defense and fired a lengthy shot on goal that slipped through goalkeeper Chase Denson’s hands to put the Patriots back on top by one goal at 2-1.

It took just over 10 minutes of attacking before an exciting seventh minute of the period ensued for the Panthers.

After Jeffcoat exited the field with a yellow card, Pelham was down one of its best players, but less than a minute later the Panthers were able to put the equalizer in the back of the net off of a long free kick with seven minutes left to play.

Both teams got strong looks in the final three minutes of the game, but each team’s defense was eventually able to clear the ball leading to the overtime period and the Homewood win.

Homewood will now host Northridge in the second round of the playoffs on Tuesday, May 1, at 7 p.m.

The Panthers and Patriots have had a team in the final four of the soccer playoffs each of the last four years, showing the difficulty of the intense rivalry and what is on the line each time.

While a tough end to the season for the Panthers, next year is going to be a lot like the 2017 state championship season. While they may have gone on to repeat as state champs had they beaten the No. 1 team this season, next year, Pelham will return a strong group of players and McDonald will take advantage of it.