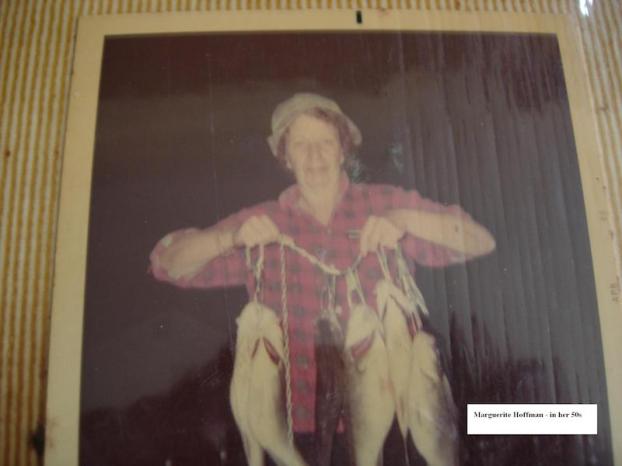 Not much information is available about Marguerite Hoffman, who was last seen in late November or early December of 1989. One of the few photos of her that investigators have acquired depicts her in her '50s. (Contributed)

ALABASTER – Little is known about retired nurse Marguerite Hoffman, who was last seen at her residence on Shelby County 26 in Alabaster, close to the Columbiana border, in November or December of 1989. She was 76 at the time of her disappearance.

Members of the Shelby County Sheriff’s Office Cold Case Squad said they were able to determine that she was born as Marguerite Erin Glover on July 1, 1913, to Clide Effie Glover and Chester Arthur Glover.

According to Cold Case Squad Investigator Ray White, it wasn’t until February 1991 that Marguerite Hoffman was reported missing by her brother-in-law, George Huffman.

“That’s when family members said, ‘Where is she? What’s going on here?’ White said.

According to White, it took the family nearly two years to report her missing, because her son told them that she left with an unknown woman referred to as “Cousin Jane,” and went to Florida.

“From time to time, she apparently came to her house, and then she’d go back. This is information that the son provided,” White said.

John Hoffman Jr. did not provide a physical description of “Cousin Jane,” who has not been identified by investigators or family. White said John Hoffman Jr. described the vehicle that Marguerite Hoffman was said to have left in as a light gray van that had been painted with a brush.

About three weeks before she went missing, John Hoffman Jr. moved in with her. He was around 55 at the time. In some ways, White said John Hoffman has helped them with their investigation. In other ways, he has not.

“He was the person last known to be with her when she was alive,” Dormuth said.

Dormuth also noted that he did not notify family or authorities or family members of the visit.

“The original investigators, before we got the case, ran that story to the end,” Investigator Jim Dormuth said. “There was no ‘Cousin Jane.'”

Dormuth said there is a possibility that John Hoffman Jr. may have additional information that he is reluctant to disclose.

His daughter, Vickie Jones, said she does not believe John Hoffman Jr. had anything to do with her disappearance.

Other than John Hoffman Jr., White said investigators interviewed many neighbors and people in the area who have since moved away. He said they were unable to provide any information.

In 2013, White said the SCSO used cadaver dogs to search the property where Marguerite Hoffman once lived and nearby areas. They came up with nothing. Later, the Calera Police Department’s Dive Team searched for her body in a nearby lake and several ponds, but still found nothing.

Jones said she has tried to do her own research on Marguerite Hoffman, primarily through genealogy websites. Because she is busy caring for her grandchildren, Jones said she has a limited amount of time to investigate.

“The only time I have to work on this is late at night during the summer and the holidays,” Jones said.

In the years before she disappeared, White said she was not in the best of health. She was losing her eyesight and her ability to drive. Her husband had died three years prior.

White said the family Marguerite Hoffman married into has a complex history. White said several family members changed their surname by one letter, and investigators have been unable to determine why. Jones said the name change occurred shortly after the family emigrated to the United States from Germany.

“John Louie Huffman (Sr.) changed the name to Hoffman, and George could not tell us why. He had no rhyme or reason,” White said.

“It’s all the same family, but somewhere, back when, the spelling got changed,” Dormuth said.

After John Hoffman Jr. and her mother divorced when she was a baby, Jones said she was estranged from many family members, including her father and Marguerite Hoffman. Jones recalled sending cards and letters to her grandmother throughout her childhood and adulthood and never receiving a response.

Jones said she believes her parents’ divorce was largely due to Marguerite Hoffman, who wanted her son to marry someone else.

“Marguerite was very controlling and demanding,” Jones said. “She didn’t want him to have contact with me or my mother.”

Jones said she came back into contact with her father in her ’50s, and they are working to rebuild their relationship.

Despite the physical and emotional distance between her and her grandmother, Jones said she wants to bring Marguerite Hoffman home.

“I would love to know what happened to her,” Jones said.

So far, Dormuth said they have not been able to develop any theories or found any indication of what could have happened to her. Because she would be 104 years old today, Dormuth said it is “obvious” that she is currently deceased.

Jones said Marguerite Hoffman had family in Haleburg, which is close to the borders of Alabama, Georgia and Florida. She said it is possible that Marguerite Hoffman could have travelled to the area and died. It is possible, Jones said, that she could be buried there and John Hoffman Jr. was not notified or was unable to afford to have her body transported back home.

“Searching all of these hundreds of thousands of cemeteries is an impossible task,” Jones said.

Dormuth said investigators looked into Marguerite Hoffman’s southeast connection, but did not determine any leads. He said Jones’ theory is possible, but not probable.

Jones also noted that after she went missing, the Social Security checks that were regularly deposited into Marguerite Hoffman’s account, also stopped.

In the entirety of their investigation, which they inherited in 2013, White and Dormuth said they have received no leads on Marguerite Hoffman’s case.

Anyone with information on the whereabouts of Marguerite Hoffman is encouraged to contact the SCSO by calling 669-4181 or visiting their website at Shelbyso.com.

By NEAL WAGNER / Managing Editor ALABASTER – The city has seen a slight decrease in its new home and... read more