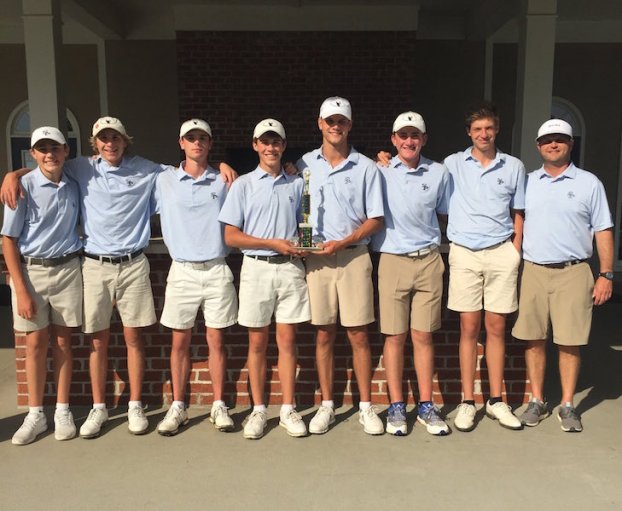 The Spain Park boys golf team tied with Mountain Brook during the section tournament to clinch a berth in the sub-state golf tournament as the school looks to win another state championship in 2018. (Contributed)

BIRMINGHAM – Spain Park’s boys and girls golf teams ended the 2017 season with different outcomes, but both came into the 2018 season with one goal in mind—winning a state championship.

Both will now have that chance after qualifying for sub-state thanks to finishing inside the top two of their sectional tournament.

The girls, who are looking to repeat as Class 7A state champs, finished second in their section tournament behind the Mountain Brook Spartans on Monday, April 30, at Highland Park golf course.

Two of the golfers from that state championship team are back this season and poised to lead the Jags to a second straight state title. Caroline Waldrop, who is headed to Western Kentucky University on a golf scholarship, and Marilyn Steed were two key parts in the sectional championship.

This year, the Jaguars have been a staple inside the top two at seemingly every tournament they compete in, and they’ll now move on to the sub-state tournament held at Timberline on Monday, May 7. If they finish inside the top two of the four teams competing, then they’ll head to Muscle Shoals a week later looking to defend their championship. 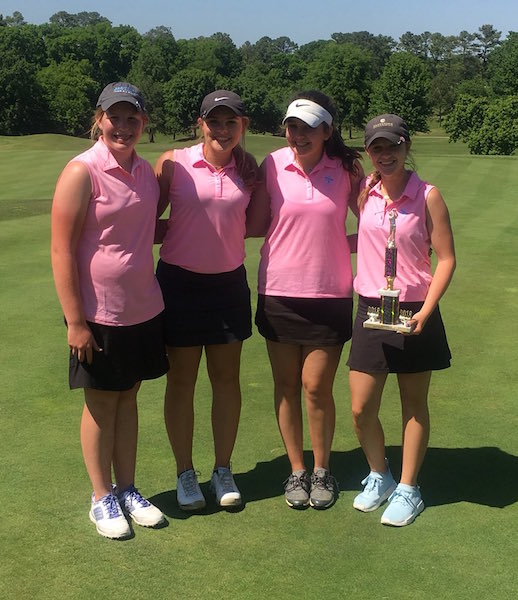 The boys, on the other hand, were looking for redemption after falling in the sectional tournament a year ago despite having a solid team.

Motivation from that loss propelled the team into the 2018 season where they had a dominant stretch winning several tournaments and finishing second in a few others.

While the team didn’t have its overall best performance of the season in the section tournament, the Jags went on to tie defending state champ Mountain Brook with an aggregate total of 296.

The Spartans went on to win a playoff to take the section championship trophy, but Spain Park had accomplished its goal of a getting to sub-state thanks to solid rounds from Nick Dunlap and Ethan Hagood.

Dunlap fired a 2-under par 70 to finish second to Vestavia’s Austin Coggin for low medalist, while Hagood shot an even-par 72 for the Jags to finish fourth.

Not too far behind those two guys were Landon Carner and Matt Stuart with the final two qualifying scores. Carner was 4-over par for the section tournament, while Stuart finished 6-over par for the day.

Stuart ended up paring the last three holes on the course to force the playoff with Mountain Brook, and despite losing the playoff, that’s the kind of clutch play that could become necessary down the line in the postseason.

While Mountain Brook’s lowest round was a 71 from Reynolds Lambert, their highest among qualifying scores was a 76 from William Mann, which kept the Spartans alive for the share of the regulation lead, before eventually winning in the playoff.

Both will now move on to the sub-state tournament that will be held at Timberline Golf Course on Monday, May 7, with a chance to advance to state. They’ll be competing alongside Huntsville and Hewitt-Trussville.

Oak Mountain’s bid at 4-peat ends in first round against No. 2 Vestavia

By ALEC ETHEREDGE | Sports Editor   VESTAVIA HILLS – For the first team in the 7A classification, there will... read more