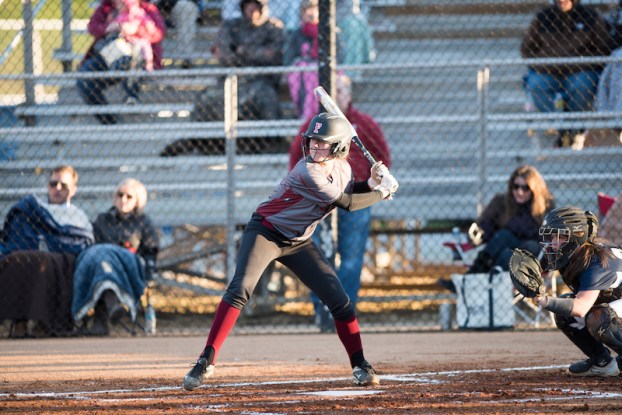 The Shelby County softball team got redemption by taking down Moody 12-2 to win the Class 5A, Area 8 tournament championship. (File)

MOODY – After losing two games in a row to area foe Moody during the final stretch of the regular season, Shelby County’s softball team set out on a mission to let it be known that’s not the team this year’s squad wanted to be remembered as.

After starting the Class 5A, Area 8 tournament with an 8-1 win against Sylacauga and a 3-1 win against Briarwood, the Wildcats had not only clinched a spot in the Regional tournament in the next round of the playoffs, but they were now just one win away from winning the area tournament championship—a game that took place against none other than the Moody Blue Devils on Wednesday, May 2, on the Blue Devils’ home field.

Moody started the tournament with a 15-9 upset loss to the Briarwood Lions, which sent them spiraling into the loser’s bracket and facing elimination. The Blue Devils, however, responded with two straight wins by a combined 24-3 against Sylacauga and a redemption win over the Lions to advance to the matchup with Shelby County.

The Wildcats held the upper hand because of their two wins early in the tournament, which meant they only had to win one game to become champions, while the Blue Devils needed to take down Shelby County twice.

With the sting of two losses a couple of weeks prior still at the forefront of their minds, the Shelby County players came out with a purpose from the first inning and scored seven runs in the first two innings before eventually scoring five more the rest of the way to pick up a dominating 12-2 win in a shortened six-inning win to bring home the title in mercy-rule fashion.

The action started when Maggie West laced a one-out double to center field in the top of the first inning to put a runner on scoring position. Two batters later, she scored on an error to put Shelby County’s first run on the board.

It was the first of three runs as Jenna Castleberry singled to right field two batters later to bring Lauren Carter and Katelyn Lucas home for a 3-0 lead after the top half of the first.

Moody answered with one run in the bottom of the first inning, but it was just one of two runs for the Blue Devils in the game, as the Wildcats responded to their run with four of their own in the top of the second.

A solo home run from Peri Clarke kick started the inning by putting Shelby County on top 4-1. That was followed by a single from west, Carter being hit by a pitch and three more singles in a row from Lucas, Ashlyn Blankenship and Castleberry to put the Wildcats on top 6-1 before one more runner crossed the plate on a hit batter with the bases loaded.

Shelby County went on to put up one run in the third for its third inning in a row with at least one run, before adding one in the fifth and three more in the sixth to pull off the overriding win for the area tournament championship.

Castleberry led the team with a 3-for-4 performance at the plate including three RBIs, while Lucas also had three RBIs after a 2-for-4 game at the plate. Nataley Whitner, West and Clarke all had two-hit days as well, while Whitner had two RBIs.

After being upset in the area tournament a season ago and losing to Moody twice during the regular season, the Wildcats looked their adversity in the eye and won a staring contest to prevail this season with the championship and a spot in the Regional tournament.

The Wildcats will compete in the South Central Regional at the Troy Sportsplex from May 10-12.

Oak Mountain is headed to Regionals

By ALEC ETHEREDGE | Sports Editor  NORTH SHELBY – Despite two consecutive losses to Spain Park to miss out on... read more