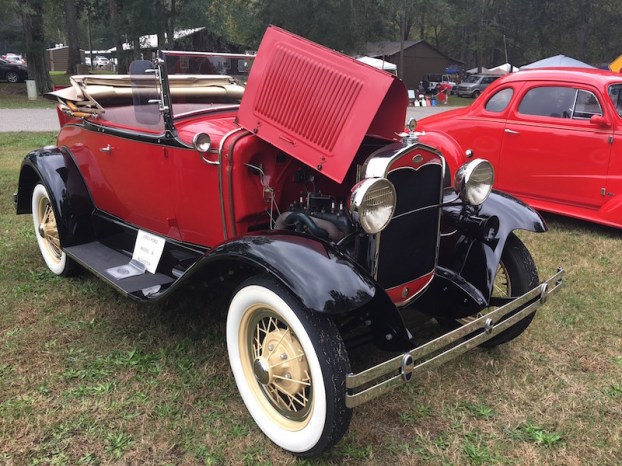 Vintage cars will be on show at the Shelby Iron Works Park on Saturday, April 28, for the “Hot Iron at the Iron Park” annual car show. (Contributed)

“Hot Iron at the Iron Park” car show will make a return to the Shelby Iron Works on Saturday, April 28.

The much-anticipated event is a fundraiser for the Shelby Iron Works Park, located at 10268 Highway 42 in Shelby. Vintage cars of all types will be on display.

Frank Hebert, president of the Historic Shelby Association, says the event is a great way to revisit the past.

“I grew up driving these kinds of cars, so it’s kind of a throwback to my youth,” he said.

Registration for the car show begins at 9 a.m. and is $20 per entry. Prizes will be given out beginning at 2 p.m. There will be plaques for the top five entries, plus door prize drawings.

This family-friendly event will offer live music, 50/50 drawing, money tree, raffles and swap meet vendors. Hot dog and hamburgers will be for sale.

Shelby Iron Works was the south’s largest charcoal-fired blast furnace in the 1800s and 1900s. Iron it produced was vital during the Civil War, and played a further role after the war with the production of train car wheels.

Located at the park are the remnants of several furnaces, along with an antique saw mill, blacksmith shop and syrup mill. The park is known for its monthly pancake breakfast that is the first Saturday of every month.

The Old Country Store will be open as well as the Iron Works Museum. Volunteers have converted two buildings on site into examples of an old school house and an old one-room farmhouse.

The Shelby Iron Works Park is supported by a group of volunteers that began the preservation of the historic site back in 1989. In addition to the annual car show and the monthly pancake breakfast, the Shelby Iron Works also does a fall festival each October that draws thousands of visitors.

Dietrich to perform at Celebration of the Arts Luncheon

By JENNIFER MAIER / Community Columnist Known for his keen observations of everyday life in the south, Sean Dietrich has... read more