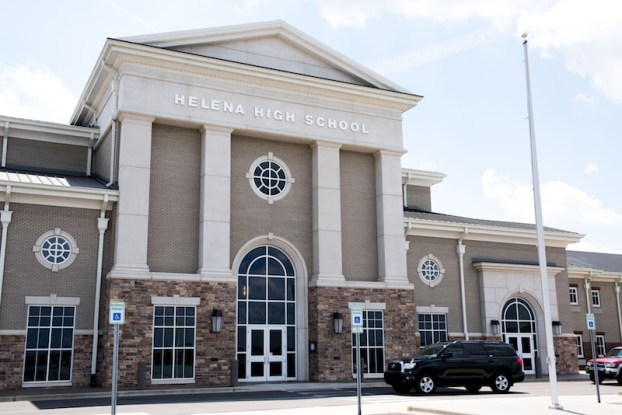 Helena High School was placed on lock down on Monday, May 7, after a juvenile student was found to be in possession of two BB guns on campus. (File)

HELENA–Helena High School was placed on a “soft” lockdown on Monday, May 7, after school administrators were alerted that a juvenile student was possibly in possession of a handgun on campus, according to a release from the Helena Police Department.

Once alerted, immediate action was taken and the handgun was determined to be a BB gun. A second BB gun was also in the possession of the same juvenile.

The juvenile student who possessed the BB guns was taken to the Shelby County Juvenile Detention pending petitions being obtained in juvenile court.

Because all the involved parties are juveniles, no further details are available, according to the Helena Police Department.

Because of the investigation, Helena High School was placed on a soft lock down during the incident but normal school activities were resumed within a few minutes.