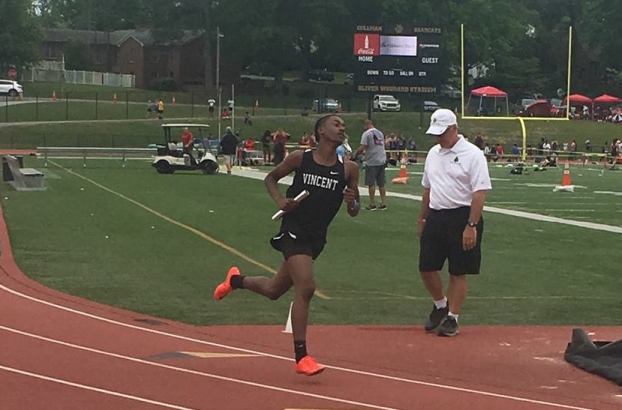 Vincent's track and field team saw several impressive individual performances at the state meet, including a state championship from Tae McGregor in the 100-meter dash. (Contributed)

CULLMAN – An impressive track and field season came to an end for the Vincent Yellow Jackets at the AHSAA State Track and Field meet held at Cullman’s Oliver Woodard Stadium May 4-5.

The Yellow Jackets didn’t have any individual state champions this season, but several young athletes had impressive showings to close out the season, while Montevallo also got an impressive finish from the boys 4X100-meter relay team as well as Joseph Cardoza in the long jump. Results from both teams are below.

In the overall team standings, Vincent’s boys were able to grab a top-10 finish of ninth place, while the girls were just a few spots lower down in 16th.

Two of the best finishes for the Yellow Jackets came from freshman Tae McGregor in the 100-meter dash as he became a state champion with a win in the event.

McGregor then went on to finish second in the 200-meter dash after finishing a fraction of a second behind the first-place winner. 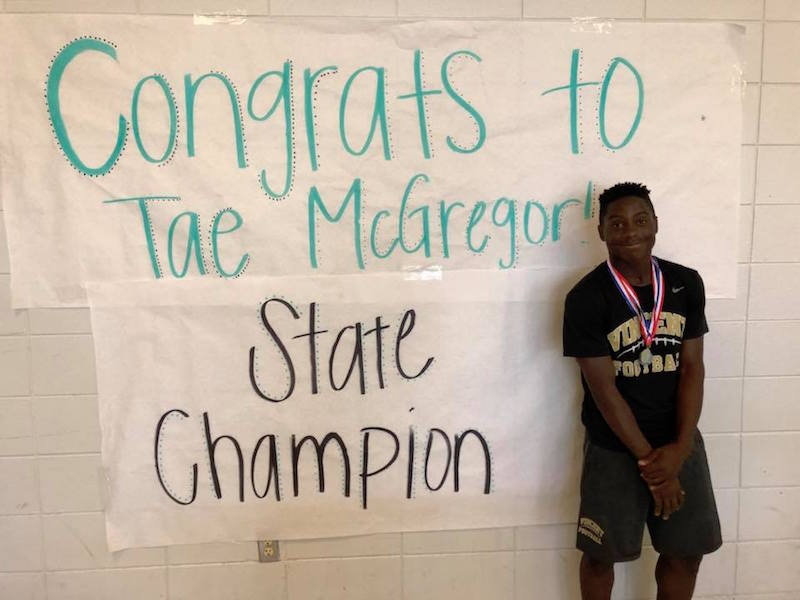 Treston Smith, a sophomore, also had an impressive finish in the 300-meter hurdles. With a time of 45.16, he was able to finish in seventh place, just a few seconds off the winning time of 40.06.

Vincent’s dynamic duo of Chris Hardie and J.T. Youngblood continued their impressive seasons as well thanks to impressive showings in the boys shot put finals.

Toni Wright and Alayna Reynolds continued to lead the girls team as they have throughout the season thanks to top 11 finishes in both hurdle races.

Vincent’s final highlight came in the 4X400-meter relay finals where the Yellow Jackets finished sixth with a time of 4:37.64

With several young athletes back next season, Vincent has a bright future in outdoor track and field.

Montevallo’s boys finished 22nd overall as a team and had two highlights in separate events.

As a team, the 4X100-meter relay team was able to finish on the podium with a third-place finish. They ran the event in 44.53 seconds, which was less than a second off of Mobile Christian’s winning time of 43.60 seconds.

Joseph Cardoza was the other highlight for the Bulldogs. He finished 12th in the long jump finals with a distance of 18 feet 5 inches.

By ALEC ETHEREDGE | Sports Editor CULLMAN – In just its second year with a golf team, the Vincent Yellow... read more