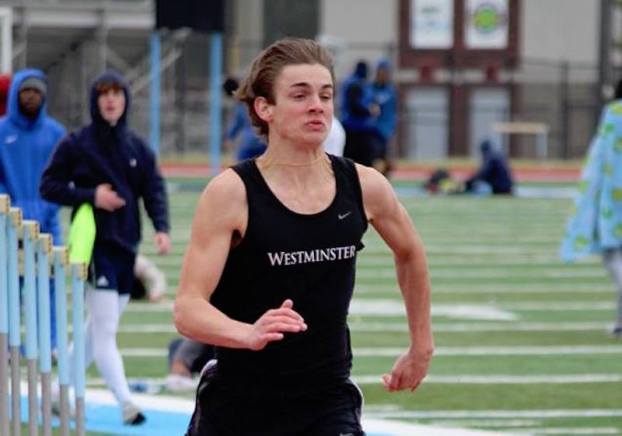 The Westminster at Oak Mountain boys track and field team was able to win its second consecutive state championship, while the girls finished in second. (Contributed)

Competing at Oliver Woodard Stadium in Cullman May 4-5, the Westminster boys track and field team was able to bring home its second consecutive state championship, while the girls finished runner-up for the third consecutive season.

Westminster’s boys won by a dominant total of 45 points as Notasulga finished second with 55 points, while the girls finished in second after a strong push for the title with 116 points, while Whitesburg finished first with 147 points.

Both teams had several strong individual performances leading to the impressive team finishes and it starts with the boys 800-meter run where three Knights’ runners swept the podium.

That was the first of three distance events the Knights were able to accomplish that in as they did it in the 1,600-meter run and the 3,200-meter run.

Westminster also got a first-place finish from the 4X800-meter relay team, who finished with a time of 8:28.66, which was almost 40 seconds faster than second place.

Wiley Boone, a senior, was able to grab a top-three finish in the long jump thanks to placing third in the event.

Parker Mixon, in the Javelin, and Moffett, in the 300-meter hurdles, were able to add two more top-six finishes for the boys.

Payton Metcalf led the girls off with a top-three finish in the 100-meter dash thanks to a time of 12.90, which gave her third in the event. She went on to improve by a spot in the 200-meter dash, while she finished two spots ahead of teammate Hannah York in fourth.

Sarah Kate Lipperd added another top-three finish for the Knights in the 400-meter dash where she finished third with a time of 59.57. Lipperd, competing in her last state meet, was able to add a finish of second in the 800-meter run as well.

Porterfield, a freshman, went on to pick up another second-place finish in the 3,200-meter run. She finished just ahead of teammate Katie Wright, a seventh grader, who took home fourth in the event.

Just like the boys 4X800-meter relay team, the girls were able to take home a state championship in the race thanks to a time of 9:59.62, which was 1:13 faster than second place.

The final highlight came from eighth grader Reave Metcalf in the girls pole vault finals where she finished in fourth place.

Since 2009, Westminster’s track and field program has been dominant, and this was just one more notch on the belt for the successful teams.