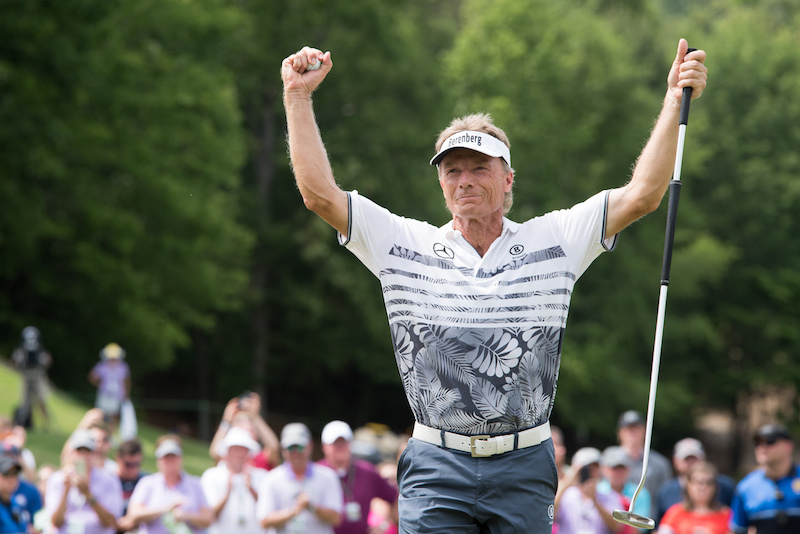 The 2018 Regions Tradition will return to Greystone Golf and Country Club Wednesday, May 16 through Sunday, May 20, featuring some of the best PGA Tour Champions players in the world and several celebrities. (File)

HOOVER – With the Regions Tradition kicking off on Wednesday, May 16, it’s time to look ahead at what to expect from the 2018 edition of the PGA Tour Champions first major tournament of the season.

The key question heading into this year’s tournament is will we see a new player crowned champion on Sunday, May 20?

This year, Langer comes into the tournament as the Charles Schwab Cup leader thanks to winning the most recent tournament on Tour.

Going into the Insperity Invitational May 4-6, Langer hadn’t won yet this season. He went on to win the tournament by one stroke over Paul Goydos, Jeff Maggert and Bart Bryant to gain the confidence he needed heading into a course that seemingly fits his eye.

If there is going to be a player to knock off the two-time defending champ, Steve Stricker may have the best shot to do so.

Stricker has been hot as of late and was leading the Charles Schwab Cup standings before Langer leapfrogged to the top of the list with his win. In the last five tournaments, Stricker has won two of them and they were the only two tournaments he actually competed in.

He also has a tie for second to his name in the only other tournament he competed in on the Tour, which shows how well he is swinging the golf club so far this year.

Other winners this year on the PGA Tour Champions include Scott Parel, Jerry Kelly, Mark Calcavecchia, Joe Durant and Vijay Singh, all of who will be competing for a coveted major championship.

Big names outside of that expected to compete at this year’s tournament are players such as John Daly, Miguel Angel Jimenez, Colin Montgomery, Fred Funk, David Toms, Corey Pavin, Jesper Parnevik and Tom Kite, as well as many more.

While the tournament will feature plenty of fireworks from start on Thursday to the conclusion on Sunday, the excitement will begin again as it does every year on Wednesday with the Celebrity Pro-Am featuring some of the biggest college football names in the south.

John Parker Wilson, Greg McElroy, Jay Barker and Brodie Croyle, all former Alabama quarterbacks, will also be a part of the event and competing as the Crimson Fore.

Gates will open at 7 a.m. Wednesday through Friday and 8 a.m. on Saturday and Sunday.

Tickets for the tournament are available at Regionstradition.com where you can also see other exciting events that will be a part of this year’s tournament.