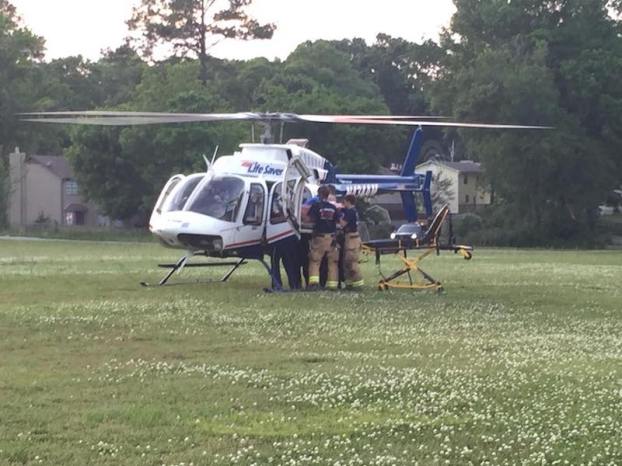 An injured worker was transported via helicopter to the UAB Burn Unit after they were burned in an explosion at the Lhoist lime plant in Alabaster. (Contributed)

ALABASTER – One person sustained serious injuries in an accident at the Lhoist Alabaster Lime plant on First Avenue West on the evening of Wednesday, May 9.

The Alabaster Fire Department received an emergency call at approximately 6:32 p.m. and arrived on the scene within minutes.

Firefighters discovered that a worker was lighting a furnace when it exploded. The worker was badly burned and transported to the UAB Trauma Burn Intensive Care Unit via LifeSaver helicopter.

Firefighter Rowdy Tidwell said the worker is expected to make a full recovery. Tidwell said one of the Alabaster fire stations is located close to the plant, which enabled firefighters to respond quickly.

“It was very fortuitous that they were close,” Tidwell said.

The cause of the explosion is currently unknown, and is under investigation by the Alabaster Fire Marshal’s Office.