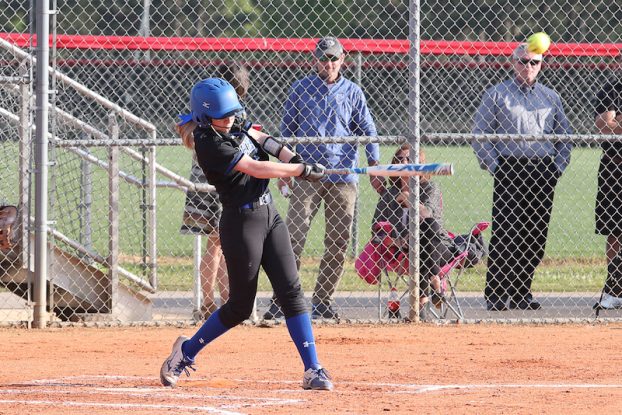 With a spot in the state tournament on the line, Chelsea’s softball team was able to pick up a 7-4 win against Helena after losing all four games during the regular season and the area tournament. (File)

TROY – After dropping all four games during the regular season and the area tournament to the Helena Huskies, the Chelsea Hornets got the ultimate payback on Friday, May 11, when they beat the Huskies in the only one of five games that ended up mattering.

Coming into the win-or-go-home matchup, Helena had won the previous four games by a combined 43-18, but thanks to seven combined runs in the first four innings of the game, Chelsea was able to hold on for a 7-4 win to lock up a spot in the Class 6A AHSAA State Tournament yet again after winning it all in 2016.

After losing 2-0 to Hillcrest-Tuscaloosa in the second game of the South Central Regional tournament, Chelsea was able to respond with two consecutive wins against Wetumpka and Brookwood to set up the game against Helena.

After the Huskies took a 1-0 lead in the top of the first inning, the Hornets responded with two runs of their own in the bottom of the first.

The two runs came thanks to two doubles. The first double was laced to right field by Lexi Serio before Karson Rich was hit by a pitch to put two runners on.

Camryn Smith then stepped to the plate and hit the second double in three at bats to center field that scored both base runners to put Chelsea on top 2-1 at the end of the first inning.

From that point forward, Sarah Cespedes was able to do her thing in the circle. The senior standout pitcher was able to toss three scoreless innings in a row, which allowed the Hornets to build a cushion.

Chelsea was able to put three of the first four batters on base to start the bottom of the second, before Skylar Baker singled to left field to drive in two more runs for the Hornets. With two outs in the inning, Rich was able to give Chelsea one more run thanks to a single of her run that gave the Hornets a 5-1 lead at the end of two innings.

A leadoff single from Serio put Chelsea in business to start the inning. After an out Smith also singled to put two runners on with one out. Before Chloe Eidson grounded out during the next at bat, Serio was able to score on an error by the left fielder to make the score 6-1.

One last single from Morgan Seay drove in the Hornets second run of the inning and their seventh and final run of the game to put Chelsea on top 7-1 with three innings to play.

Helena didn’t go away quietly, as the Huskies finally started getting to Cespedes in the top of the fifth to cut the deficit to 7-2.

An inning later, Helena was able to score two more runs on a two-RBI single from Grace Robertson, but the Huskies ended up leaving two runners on base in the inning after cutting the Chelsea lead to 7-4.

After a quick bottom of the sixth, Cespedes stepped back in the circle looking to close the game out in the top of the seventh.

She picked up a ground out before allowing a walk, but then the senior was able to force two consecutive fly outs to end the game and send the Hornets to the state tournament.

Cespedes went the distance and gave up just one unearned run and seven hits while striking out four batters.

The Hornets will now advance to the 2018 Class 6A State Tournament, while Helena’s season came to an end with an overall record of 33-14.