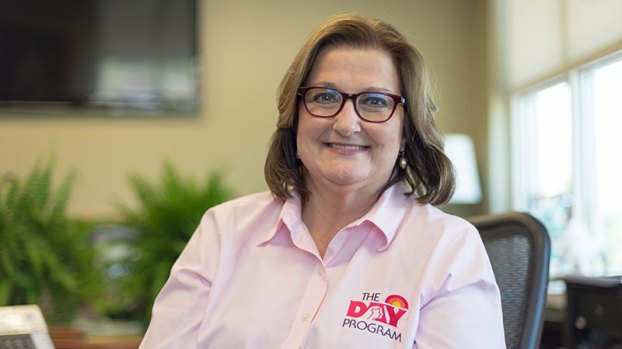 Kathy Miller, who has been leading the Developing Alabama Youth Program for the past seven years, has announced she will retire from the role in July. (Reporter Photo/Neal Wagner)

ALABASTER – The Developing Alabama Youth Program has seen many changes over the past seven years. When current Director Kathy Miller arrived in 2011, teachers did not have access to computers, some of the textbooks being used were decades old and the program’s facility had seen better days.

“The biggest thing I’ve seen in the last seven years has been the modernization of the school,” Miller said when asked what she was most proud of during her tenure leading the organization. “We’ve been able to get it up to par with the public schools and we’ve got the right people in here now.

“We can’t guarantee that every child will be successful, but what we can do is make it possible for them to be successful when they go back to their home school,” Miller added.

The DAY Program, which has been housed on the second floor of the Alabaster YMCA building off Plaza Circle since 2013, serves children from Shelby County, Alabaster and Pelham schools who are facing academic, disciplinary or attendance problems at their home high schools.

The program allows the students to catch back up on their classwork while working through any issues they were facing. After they complete the DAY Program, the kids return to their home high schools.

After leading the DAY Program for several years, Miller will be retiring on July 1 to spend more time with her husband, Jim, and their family in their hometown of Cullman.

She has worked to move the program from its old location near Alabaster City Hall to its new home in the Alabaster YMCA building, and has seen more than 1,000 children come through the program.

Miller said she timed her retirement to allow the DAY Program’s board of directors to have a new director in place for the beginning of the 2018-2019 school year, rather than beginning in the middle of the school year. She said the board will begin its search for a new director immediately.

She praised the board for its support and dedication to serving the program’s children and staff members over the years, and singled out longtime board member and volunter Neil Bailey for his many contributions to the program.

“Year after year, they all continue to serve on the board. It’s not like some boards, where people get on for a few years just to get it on their resume,” Miller said. “Mr. Bailey still supports this program now as much as he did seven years ago. He is, without a doubt, the finest man I’ve ever known, and it’s a privilege to work at a place that’s so important to him.”

Miller said she will miss seeing students’ lives transformed through the DAY Program, especially visits from students years after they have graduated.

“There is always going to be a need for this program,” Miller said. “We tell every child, ‘What’s in the past is behind you, and what’s in the future is up to you.’”

VINCENT – A donation of more than 1,000 books to Vincent Elementary School will help encourage reading at the school... read more