COLUMBIANA – A Birmingham man was recently taken into custody by the Shelby County Sheriff’s Office and charged with strangling a female victim.

Leon Antoniol Hardy, 43, who lists an address on 44th Avenue North, was arrested, charged with domestic violence strangulaion and booked into the Shelby County Jail on Friday, May 11. 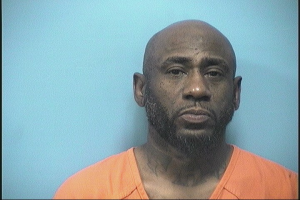 According to his arrest warrant, Hardy allegedly grabbed the victim around the throat, grabbed her arms and threatened her with a tire iron during an incident on the day of his arrest. The warrant stated that the victim was bleeding from her neck as a result of being choked.

Domestic violence strangulation is a Class B felony, which can result in a maximum prison sentence of 20 years upon conviction.

As of Monday, May 14, Hardy remained in jail on a $10,000 bond. Hardy’s case was assigned to Shelby County District Court Judge Daniel A. Crowson, and the date for his preliminary hearing has not been scheduled.