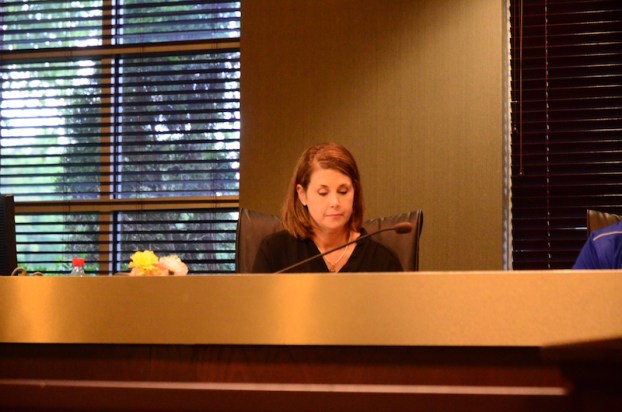 CHELSEA – The city of Chelsea passed a resolution to hire a new city employee at a regularly scheduled city council meeting on the evening of Tuesday, May 15.

Members of the city council unanimously voted in favor of appointing soon-to-be Chelsea resident Crystal Etheredge to fill the position of city clerk. Before Etheredge took the position, it had been open for about six weeks.

Mayor Tony Picklesimer said the city only posted the job listing to select places because they wanted someone with the right amount of experience and received about 30 responses.

“I really can’t tell you how many resumes I reviewed looking for the right one,” Picklesimer said.

Picklesimer referred to Etheredge as “extremely qualified,” and said her prior experience as the city clerk of Headland, along with her Master’s Degree in public administration and positive references, was what made her stand out.

Etheredge said she has been involved in local government since about 2001, and served as a court clerk and a magistrate before she became the city clerk of Headland.

Currently, Etheredge said she is working on moving to Chelsea, getting acquainted with the city and coming up with new ideas to bring to the table.

“The Lord works in mysterious ways. I had wanted to be back in municipal government,” Etheredge said. “I’m excited by everything. (Chelsea) has got this small-town, country feel but it’s growing.”

Picklesimer said the city is grateful to have a new city clerk and looks forward to see what Etheredge accomplishes for Chelsea.

“I’m thankful for the experience and work ethic that Crystal brings to the job,” Picklesimer said.

By ALEC ETHEREDGE | Sports Editor COLUMBIANA – It was a special day for Cornerstone Christian School on Tuesday, May 16,... read more