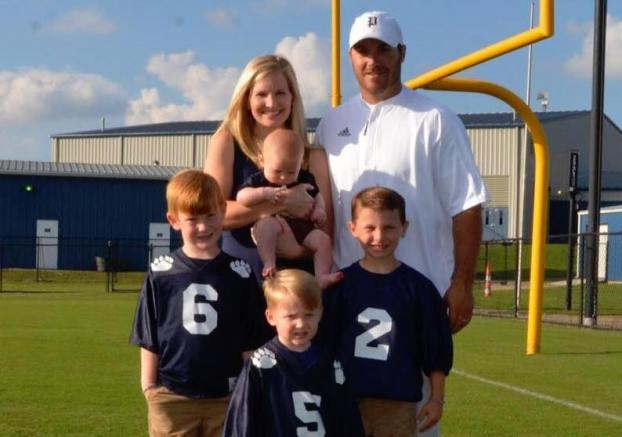 CHELSEA – Chelsea has made its decision on who will run the football program after former head coach Chris Elmore headed home to Fort Payne a few weeks ago.

On Friday, May 18, the Hornets announced that former Plainview High School head coach Dustin Goodwin would be the new head coach of the football team moving forward.

Goodwin comes over from Plainview High School where he spent the last three seasons as head coach of the Bears.

During his stint with Plainview, Goodwin went a combined 21-12 and led the Bears to three playoff appearances in each of his three seasons with the school.

While he went 0-3 overall in the playoffs, Goodwin improved each season at Plainview going from 6-5 overall his first two seasons to 9-2 during his most recent season with the team.

During his first season at Plainview, the Bears lost their first three games, but went on to win six in a row after that to clinch a playoff berth.

Year two marked a much better start to the season as the Bears won four of their first five games to start 4-1, before going 2-3 over their last five games of the regular season.

Last season marked his most successful run as the team started off 5-0 before losing Fyffe in the middle of the schedule. The Bears then went on to win their last four games in a row before losing a heartbreaking first-round playoff game by one point to Weaver.

He also showed his learned experience throughout the three years when it came to offensive play.

Goodwin, who graduated from Demopolis High School, also has more local ties as he led the Homewood Patriots offense from 2011-2013. During that time, the Patriots finished as area champs in 2012 and 2013.

Elmore said whoever took over the Chelsea job would come in and have success immediately because of the amount of returnees back on this year’s squad.