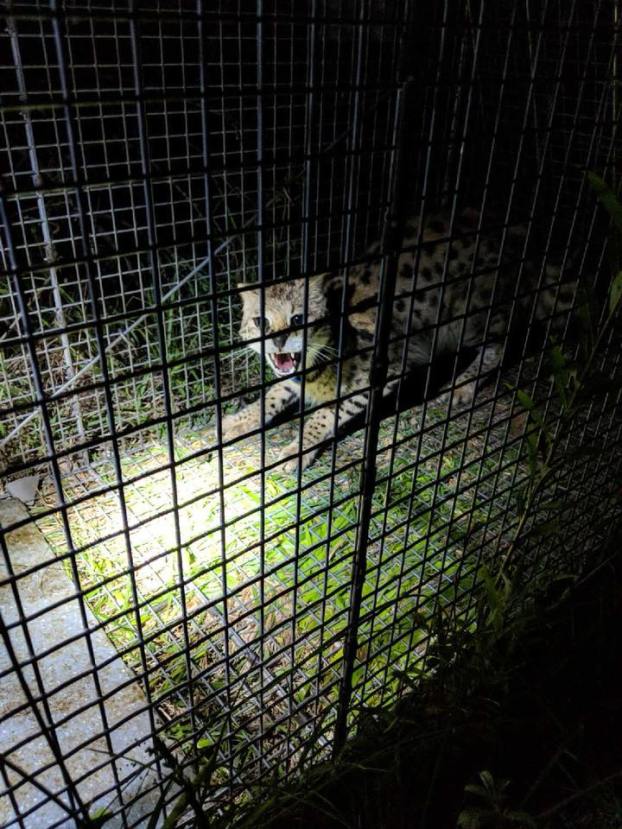 According to police, the animal was spotted by a Pelham business owner on Thursday, May 17. (Contributed/Pelham Police Department)

PELHAM – The missing African Serval cat that was reported missing on April 24 has been found and returned to its owner, according to the Pelham Police Department.

According to police, the animal was spotted by a Pelham business owner on Thursday, May 17. A trap was set in the area and when officers checked the trap some time later, the African Serval was inside.

The African Serval is a wild cat native to Africa. Owning this exotic breed is legal in the state of Alabama. The missing Serval, named Juno, is about eight months old, and according to its owner, is domesticated.

It weighs about 25 pounds. The breed weighs up to 40 pounds when full grown. It can run as fast as 45 mph.

Back when the search began, the PPD enlisted the help of both Pelham and Shelby County animal control and consulted The Birmingham Zoo for its expertise. Devices were put out in an effort to capture the animal and bring it back home safely.

In addition, this PPD has dedicated several hours of manpower to the case. Several officers, including Chief Larry Palmer, searched extensively on foot, in the area where the animal was last seen.