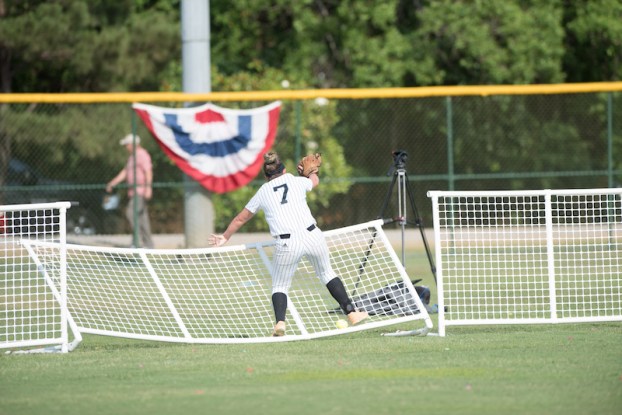 Lagoon Park in Montgomery is set to host the state softball tournament through the year 2020, but amid controversy, the AHSAA has a crucial decision to make: leave the tournament at the out-of-date park or move it to a much worthier state championship site.

Throughout the last week at the 2018 AHSAA State Softball Tournament, rather than the focus being on the fantastic softball teams and state champions, a dark shadow was cast over the entire event.

Tweets, texts, newscasts and every other platform possible to spread the word about the porous conditions of Lagoon Park were taken advantage of to make voices heard that now is the time for the AHSAA to step up and make the best decision it possibly ever has, quite simply because softball players deserve better.

Baseball not only gets one incredible facility, but two, playing at Patterson Field and Riverwalk Stadium (home of the Montgomery Biscuits). Football switches between Bryant-Denny Stadium and Jordan-Hare Stadium, playing in state-of-the-art college football facilities. Basketball plays both its boys and girls games in the BJCC, and although out of date, it’s a collegiate and professional type facility as well.

Soccer plays both its boys and girls final four games at the beautiful John Hunt Park, swimming is held at Auburn University and golf is played on Robert Trent Jones courses, while several other sports also get the best of the best when competing at the highest level of competition.

Softball gets the worst end of the deal out of all sports, and high school softball coaches, coaches of other sports, athletic directors and even college coaches such as Alabama’s Patrick Murphy have all posted to Twitter or messaged me saying what a shame it is for the girls and the sport.

I get it. For the AHSAA, it’s convenient, but similar to the terribly run basketball regional in Montgomery where there wasn’t even air conditioning this year, but instead big fans blowing toward the floor, it can’t be about convenience. It has to be about what is best for the student athlete and the teams that have earned the right to play in the biggest games of the year.

Right now these girls are playing at an out-of-date facility that doesn’t even have a permanent fence for the players.

Breakaway fences are instead placed in the outfield and on several occasions players not only ran into the fences, but through the fences. What happens when one of those players breaks an arm or a leg because of that?

Right now the AHSAA has two choices. They can move the tournament to a much better facility, whether it be a college town that would have several fields to accompany the first rounds of the state tournament and then play in a collegiate stadium for the championship, or move it to a facility that is more properly set up to host a state championship such as Oxford’s Choccolocco Park.

The other choice is to do nothing and basically say that softball doesn’t matter as much as the other sports in this state, despite being one of the most popular sports.

The most plausible outcome, however, would be to make it much more like baseball.

There is no need for an area tournament. Have the top two teams from the area during the regular season advance to the postseason and then set up bracket play in a best-of-three format just like baseball does.

This would allow for a much better format, it would create a state championship best of three series that could be played anywhere around the state at any of the best facilities and most importantly it would make it much more like the rest of the sports in the state, instead of an unfair spectacle.

It’s sad that high school sports are now officially over for the 2017-18 season and for a lot of these kids forever, and instead of talking about all of the positives accomplished this season, we’re having to focus on one negative. But it’s needed to give these hard-working athletes what they deserve.

For the last two years I have been in the sports editor role here, I’ve thought it would take boycotting the tournament to get anything done, but right now voices are being heard from all across the state and from all over the spectrum.

Alec Etheredge is the sports editor for the Shelby County Reporter. He can be reached at 669-3131 ext. 511 or by email at alec.etheredge@shelbycountyreporter.com.

By SETH HAGAN | For the Reporter HUNTSVILE – Christian Adkins’ road to prominence is littered with state titles. First... read more