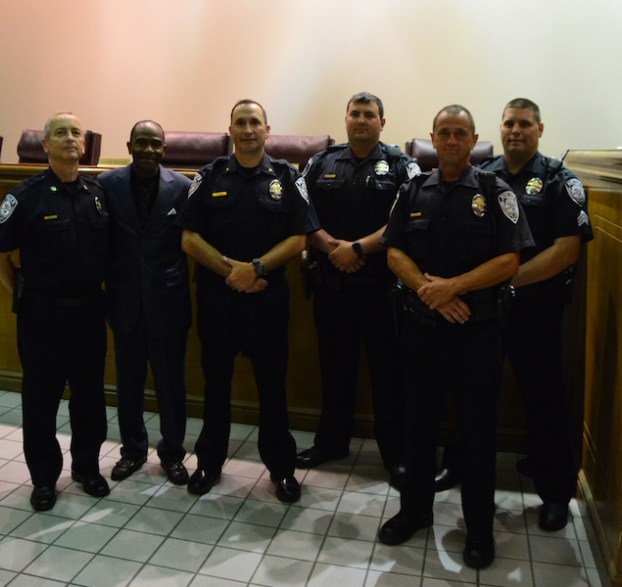 HELENA–The Helena Police Department celebrated National Police Week the week of May 13 by honoring those who have paid the ultimate sacrifice while in uniform.

On Monday, May 14, the Helena City Council members, along with Mayor Mark Hall, stood with the Helena Police Department by approving a proclamation recognizing May 13-19 as National Police Week.

The following day, the Helena Police Department held a memorial prayer gathering at Helena City Hall on Tuesday, May 15, for prayers of remembrance for officers who have lost their lives while on duty and to pray for the protection of those still serving.

Helena Police Chief Pete Folmar said this was the first time officers and members from the community were invited to the memorial prayer gathering for a time for reflection.

“It’s just an opportunity, even for us in law enforcement, to respectfully and prayerfully think about the folks who do what we do that have paid the ultimate sacrifice in serving their community,” Folmar said. “I guess we think about when we get a hot call or something and that it may be dangerous but it’s not with you every single day or every single minute to think about. For the most part, this week is a time to think about folks who have gone before us that paved the way and laid down their lives or got permanently injured and to just appreciate them and their sacrifice.”

Folmar said he hopes to continue the prayer service next year during the week of May 15.