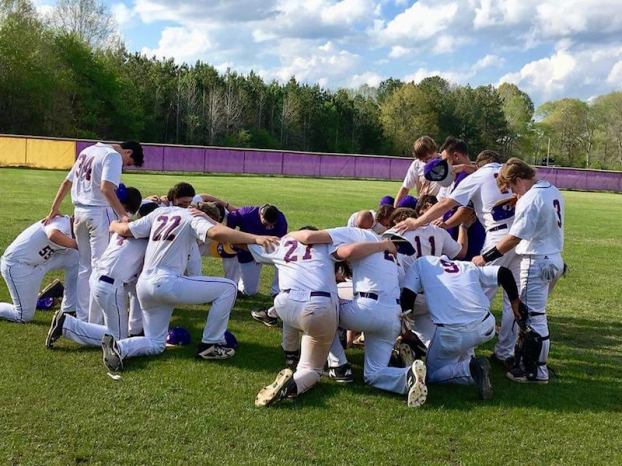 The athletes at the AISA and ACSC level in the county are continuing to get better and better each and every year, and in 2018 that was no different as Coosa Valley and Cornerstone both made runs to the quarterfinals of the AISA playoffs and Evangel finished as state runner-up in the ACSC.

Each team’s accomplishments are highlighted by standout athletes, all of who are noted below on the 2018 AISA/ACSC All-County Baseball Team.

Pitcher: Chase Jones, Evangel. As just a sophomore, Jones was one of the best pitchers in the county with an ERA of 1.2 during the season. He also totaled 70 strikeouts, which ranked sixth in the county across all classifications.

Pitcher: Brandon Hines, Evangel. Hines gave the Lightning a phenomenal and young one-two punch on the mound this season. As a freshman, he ended the season with an ERA of 2.2 and posted 35 strikeouts.

Pitcher: Kaleb Allen, Coosa Valley. Allen was one of two pitchers that had a strong season for the Rebels and picked up a shutout win in the playoffs to lead the Rebels to the quarterfinals. In that win against Emmanuel Christian, he allowed just one hit and struck out nine batters.

Pitcher: Caleb Connelly, Coosa Valley. Like Allen, Connelly also had a strong showing against Emmanuel Christian to lead the Rebels to a sweep. He tossed a complete-game shutout as well and struck out seven batters.

Catcher: Nick Green, Cornerstone. Green was a defensive specialist that moved all over the field during the 2018 season, but very rarely let balls get by him, which was key as a top catcher for the Chargers.

First Base: Rhett Garrett, Cornerstone. As a senior, Garrett went out with an impressive season. He had one of the highest batting averages in the county hitting .462 this year.

Second Base: Dawson Humphries, Evangel. A junior for Evangel, Humphries held the highest batting average of any AISA/ACSC player at .463, which was also one of the best among any player in any classification throughout the county. With he and the two young pitchers back next year, Evangel will have a strong squad in 2019.

Shortstop: Tanner Falkner, Cornerstone. Just a junior, Falkner is one of the best athletes in the county no matter what sport he plays and finished the season with a batting average of .421.

Third Base: Ben Perryman, Cornerstone. Perryman is another incredible athlete for the Chargers and one they’ll be sad to see leave. The senior ended his final season with a batting average of .442.

Utility: Lew Dale, Coosa Valley. Dale is just an athlete that deserved to be on this team. He is one of the best players on the football team as well and went 2-for-4 in that first playoff game with Emmanuel Christian to lead the Rebels at the plate in game one.

Utility: Jackson Bryant, Coosa Valley. In that same series, Bryant had a spectacular game two where he drove in five of Coosa Valley’s 12 runs after going 2-for-2 at the plate.

Utility: Sammy Shepherd, Coosa Valley. Shepherd was possibly one of the most consistent players for the Rebels this season and a big reason their offense was able to have so much success, especially down the stretch.

Utility: Seth Lovvorn, Kingwood. Any time Kingwood’s offense went off this season, Lovvorn seemed to be a big reason why. He seemingly had a hit and an RBI in every game runs were scored.

By ALEC ETHEREDGE | Sports Editor Choosing a baseball player of the year in Shelby County is one of the... read more