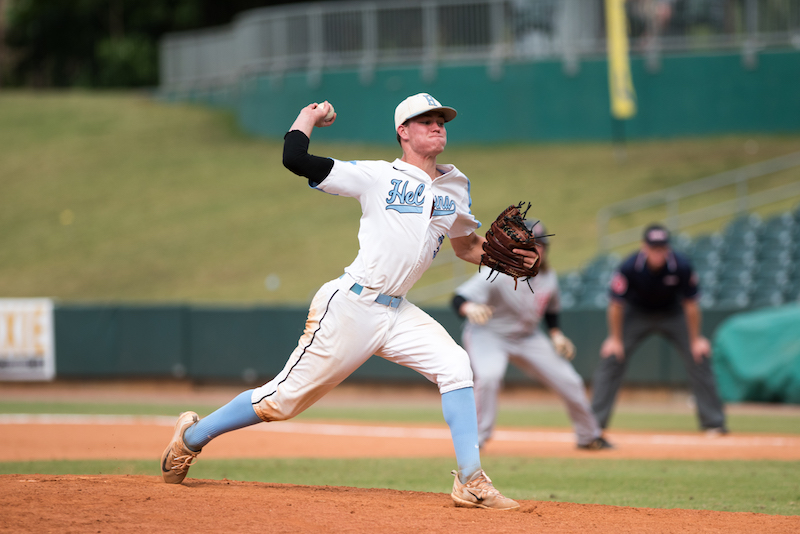 Landon Green led the county in several impressive pitching statistics, which earned him a spot as one of the two Players of the Year in Shelby County. (File)

Choosing a baseball player of the year in Shelby County is one of the most difficult tasks of any selection I make all season and one I don’t take lightly.

Last year, Sam Strickland and Jacob Smith shared the award as co-players of the year, after stellar seasons on the mound. Since then, Strickland went on to become the SoCon Freshman of the Year at Samford, while Smith followed his junior season up at Calera with an incredible senior season.

Both were more than worthy of winning the award, but there were several more that could have just as easily won the award. This year, it’s even more difficult with seven players truly deserving of the award after posting incredible numbers both on the mound and at the plate.

Smith was one of those that had a Player of the Year type of season, as did Briarwood’s Michael Hiers, Vincent’s Robbie Albright, Calera’s Tyler O’Clair, Oak Mountain’s Landon Cato and Helena’s Richard Fitts and Landon Green.

For that reason, I have decided to name Co-Players of the Year, one pitcher and one non-pitcher, for the second year in a row as well as highlight each of the before mentioned players.

Those two players that will share the Shelby County Player of the Year honor for 2018 are Landon Green and Robbie Albright.

Before continuing, this is one of the hardest decisions I’ve made when choosing any postseason award since becoming the sports editor, because the stats were so close and all of the teams had incredible seasons.

That being said, those two players stuck out just slightly because of their lead in major statistical categories.

When it came to pitchers, Smith, Fitts, O’Clair and Hiers all gave strong runs at the award not only because of their dominant stats on the mound because of their mobility to hit at the plate as well as play defensively in the field.

Smith ended the season with an outstanding ERA of 0.65, which was a county low, while tying for second in strikeouts with 102. He was also a perfect 9-0 on the mound.

His 102 strikeouts were tied with Fitts, who finished the season with an ERA of 1.68 in 74.2 innings pitched. He only gave up 20 walks but had a record of 6-5 because run support was a problem for part of the season.

Offensively, both Hiers and O’Clair had impressive seasons as well. Hiers batted .418 at the plate, while knocking in 31 RBIs. He added two home runs, 11 doubles and 26 runs scored.

O’Clair, who could play just about every position in the infield, batted .301 at the plate and drove in 38 runs this season, while scoring 33 of his own and picking up 34 hits.

Albright’s season, however, was worthy of winning the player of the year award. While many might think him playing in the 2A classification should diminish the importance of his numbers, they were just too good to overlook. 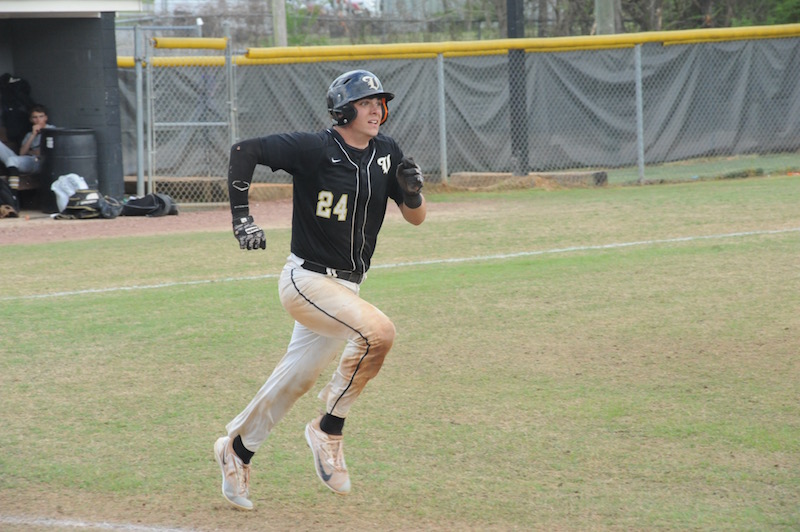 The senior catcher at Vincent led the county with a batting average of .500, 15 doubles, seven triples, 52 hits and 47 runs scored.

All of those being county highs were a big reason why he was named one of our two players of the year, but seeing him play in person in a tournament where he reached base almost every time at the plate didn’t hurt his cause.

Helena’s Landon Green was the pitching version of Albright. Headed to Alabama in the fall, Green led the county with 77.1 innings pitched, 108 strikeouts and a 12-1 overall record.

He also gave up just 27 walks this season and held an ERA of 1.26. To put those unreal numbers in perspective, he walked just .35 batters per inning and had 1.4 strikeouts per inning.

Both Albright and Green were more than deserving of the honor this year, along with the others mentioned and many more that are on our 2018 All-County Team. It’s a testament to a lot of hard work from parents, players and coaches throughout the year to help create a successful baseball season.