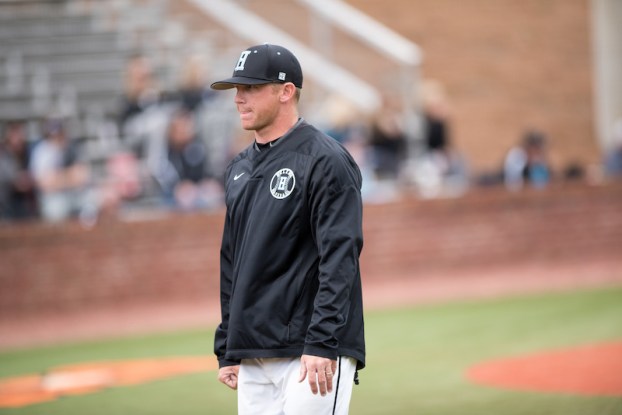 Guy named Coach of the Year for 2nd straight season

HELENA – What Helena head baseball coach P.J. Guy has done in four years at the helm for the Huskies is second to none and something that deserves more recognition than he gets.

In four years leading the team, Guy has made it to the state championship in thre of those four years and has won 26-plus games each season, including two 30-plus win seasons.

His latest accomplishment in 2018 saw Guy and the Huskies make it back to the state championship game for the second year in a row and third time in four years as they looked to defend their title after last year’s thrilling series with the Cullman Bearcats.

While Helena came up short of that goal, they were just one game and even more importantly one run away from winning a second state championship.

His continued success and ability to lead teams to the highest possible platform each and every season is the reason Guy has been named the 2018 Shelby County Coach of the Year for the second consecutive season.

While other coaches such throughout the county got strong consideration, the sustainability of Guy to keep Helena playing at a high standard each year has him as the top coach in the area until somebody else knocks him off.

Those are unbelievable numbers and each year seems to end with several continuing to play baseball at the highest level collegiately.

In the state championship series this year, Helena squared off against Hazel Green in an extremely tight series. Hazel Green was able to take game one 4-3, but the Huskies bounced back with a 3-1 win in game two to force a third and final game.

The third game showed the only flaw that Helena had at times throughout the season. Despite only giving up one run defensively, the Huskies failed to score in the game to drop the state championship game 1-0.

Despite the offense not being as good as it has been in years past, Guy was still able to take advantage of the team’s strengths to lead them to a runner-up finish, which not only shows his coaching ability, but the determination and fight his team played with this season.

The Huskies will lose most of their stars from this year’s team next season, but a few will return ready to make some noise. With Guy leading the way, he’ll undoubtedly have his team at least competing for a fourth trip to the state championship in five years.

By ALEC ETHEREDGE | Sports Editor Another baseball season for Shelby County is in the books and it was a... read more