ALABASTER – A Shelby County Grand Jury recently indicted an Alabaster man on drug related charges during its May session.

Antoinne Marese Bivins, 31, who formerly listed an address on Fourth Place Southeast, was indicted on two counts of unlawful distribution of a controlled substance. 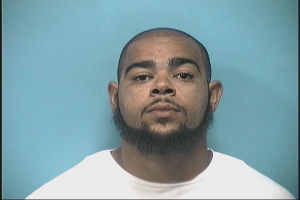 Bivins was initially arrested and charged by the Shelby County Drug Enforcement Task Force on Sept. 10, 2016.

According to court documents, Bivins allegedly distributed marijuana from his residence, which is located within a three-mile radius of a school or a public housing project, on Aug. 15, 2015, and again on Aug. 20, 2015.

Unlawful distribution of a controlled substance is a Class B felony, which can be penalized by a maximum prison sentence of 20 years.

Bivins was released from the Shelby County Jail on bonds totaling $20,000 on the same day of his 2016 arrest.