PELHAM – After two years of building the Baldwin County High School girls basketball program, Crosby Morrison is moving to Pelham to take over the Panthers’ girls basketball team during the 2018-19 season.

Morrison, who started her career five years ago as a varsity assistant coach at Oxford High School, coached at Cleburne County High School before moving over to Baldwin County. Now, her latest stop will be at Pelham, where she’ll look to rebuild a program that has struggled to win more than eight games the last five years. 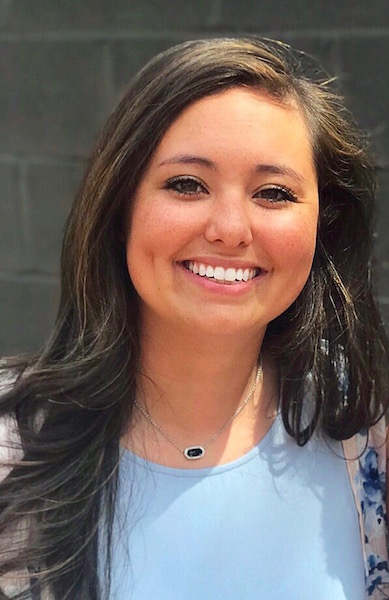 Kiel, who has been named the top athletic director in the state, has made some great hires at Pelham and shows her desire to make every sport as great as possible, something Morrison said made her know immediately that this was the right move for her.

“It’s not only to have a good athletic director that cares genuinely about all sports, but specifically about girls athletics,” Morrison said. “She understands it and promotes it. I think that’s so big in the time we live in now. She was great at making that known when I interviewed with her.”

As far as rebuilding a program that is struggling, that’s something that doesn’t seem to scare Morrison.

At Baldwin County, Morrison took over a tough situation that required a lot of rebuilding during her first season. That first year at the helm, she led the Tigers to an eight-win season.

After laying her roots into the program, however, Morrison doubled the team’s wins the next year and led Baldwin County to a playoff spot.

“It’s all about buy in,” Morrison said. “Not only from kids, but the parents as well. I’m going to demand a lot from them. I have extremely high expectations because this school is not mediocre in anything else that they do. In order to build a program, it’s just going to take 100-percent buy in to me and my philosophies.”

Morrison said she expects for the team to be competing at a high level and making the playoffs in the next couple of years.

“I want a consistent program that will continue to produce good players,” she said. “I obviously want to change things and make sure they get more than eight wins in a year. I have a lot of young talent coming up and a few returnees that should make it exciting.”

One of those young stars coming back is rising sophomore Emma McKenney, who put up 10 points and seven rebounds per game as a freshman. With her presence in the post and several other young pieces around her, Morrison will have a group that can be molded over the next few years.

“It’s all about culture change and the mentality,” Morrison said. “That’s the hardest thing in coaching, is just getting them to believe that the hard work will pay off.”

Morrison has been playing the sport since she could first grab a ball, and has a strong passion for the game. She said her team can expect that passion in her coaching.

She added that basketball is her career, and something she loves to do, so that love will show off when coaching and forming relationships with her new team.

“She is a young coach with an amazing amount of energy and passion for girls basketball,” Kiel said. “I believe she has the skill set and knowledge to grow girls basketball in not only our schools, but our community as well. Her philosophy in developing a program is consistent with my expectation of vertically aligning our sports programs.”

The Panthers will be able to build off the confidence of a playoff berth this past season despite a difficult season, which should show that the slightest improvement can make them a legitimate threat any given night, something Morrison is hoping to accomplish.