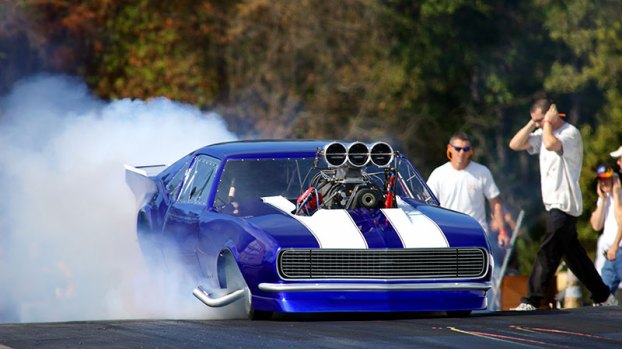 Pictured: The westbound traffic light on Valleydale Road at its intersection with Riverchase Parkway. (File)

In the 1950s and 1960s, Shelby County had one of the most popular dragstrips in the Birmingham metro area, as crowds regularly flocked to the quarter-mile dragstrip near the intersection of Highways 58 and 281 in Helena.

Sadly, the drag strip has long since been removed to pave the way for residential development in the quickly growing city, but all hope is not lost for local fans of drag racing.

Like most of us, I spend a good bit of time in my car driving to work and to different parts of the county for my job each day. Over the years, I’ve witnessed some of the most intense impromptu drag races on Shelby County’s unofficial race tracks, and I’m sure many of you have too.

Before we proceed, let me abate any future legal trouble by stating the obvious: What follows is purely tongue-in-cheek and is in no way intended to glorify or promote driving recklessly or over the posted speed limit. Road rage and trips to jail are real concerns, and should be avoided at all costs.

With that out of the way, let’s dive into some of the county’s racing hotspots:

-Valleydale Road westbound between Interstate 65 and U.S. 31. Like many of the entries on this list, this stretch of roadway narrows from four lanes to two lanes, which can lead to a bit of competitiveness. Traffic traveling westbound is forced to merge into a single lane near Ragtime Café, and the traffic light at the intersection of Valleydale Road and Riverchase Parkway might as well be a drag strip Christmas tree.

Despite an abundance of signage warning of the impending lane merge, brave drivers still pull into the right lane at the traffic light and test their luck – and transmissions – in an effort to shave 14 seconds off their commute time.

–U.S. 31 southbound between the Propst Promenade and Highway 26 in Alabaster. This one is a double whammy, because there are multiple drag strips packed into only a few miles. The first one begins at the intersection of U.S. 31 and South Colonial Parkway, as the rightmost of the three lanes quickly becomes a “right-turn-only” lane into the shopping center after the traffic light. As a result, I’ve seen the center and right lanes become a pair of rubber-laying, tire-squealing drags as the driver in the right lane attempts to speed his (it’s always a guy) way far enough ahead of the driver in the center lane and cut in front of them before the turn lane runs out.

A little farther south, there is another chance to witness high-speed action, as U.S. 31 narrows from two southbound lanes to one lane after what seems like several miles of signs warning of the upcoming merge. Still, drivers bravely enter the left lane and squeeze out every bit of horsepower their 2001 Dodge Neon can muster as they try to outrun everyone in the right lane before the lanes merge. Sometimes, a state trooper parks in the median where the lanes merge in an effort to get a front-row seat for the action, and often stops the race winner to congratulate them on their victory.

-The Walmart shopping center parking lot in Calera. This one is a little different from the others on this list, because it involves both a highway and a service road leading out of the cornerstone of any true Southern town: Walmart. It’s possible to travel from the store’s parking lot onto U.S. 31 using an exit-only road between Taco Bell and the Murphy USA gas station. I’m sure the shopping center’s developer intended for this road to give traffic an easier way to access the highway without having to worry about the traffic light near McDonald’s, but it’s now more akin to an airport runway. In fairness, there is a yield sign for traffic using this service road, but most cars are either traveling too fast to notice it or have become airborne by the time they reach the sign.

-U.S. 280: All of it. What list of high-speed roadways would be complete without the most infamous highway in Alabama? There’s little racing action to be found here during the morning rush hour between 2 a.m. and 10 a.m., the lunch rush between 10 a.m. and 1 p.m. and the evening rush hour between 1 p.m. and 2 a.m., but I hear we’ll soon have an elevated highway to get that pesky traffic out of the way of the race cars.

Where have you seen the most adrenaline-filled drag racing action in Shelby County? Drop me a line at neal.wagner@shelbycountyreporter.com, and I may use it for part 2 of this list in a future issue.

By ALEC ETHEREDGE | Sports Editor Lagoon Park in Montgomery is set to host the state softball tournament through the... read more