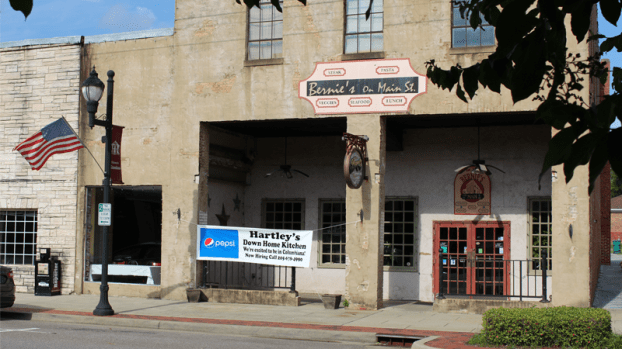 COLUMBIANA – In April, the restaurant Bernie’s on Main Street closed it doors to Columbiana consumers. But the Main Street vacancy won’t be empty for much longer, as a new family owned, Southern joint takes its place.

Chelsea eatery Hartley’s Down-Home Kitchen has plans to open its second restaurant in Columbiana, where Bernie’s once stood. The Southern restaurant made the announcement on its Facebook page Thursday, May 24, by posting “We are working diligently to get this restaurant opened as soon as possible. We greatly appreciate your business and the friendships we have made along the way. We look forward to this new adventure and building the same relationships in Columbiana.”

A specific date for Hartley’s opening has yet to be announced, but owner Caldwell Hartley said the city can probably expect an up-and-running restaurant within the next four to six weeks. According to Hartley, the addition is going as planned. Currently, the eatery is searching for staff to operate the second location, which will have to be trained. Hartley said they chose Columbiana due to the “hometown feel” and “small town atmosphere.” He said that because of the success of Bernie’s location, the company was drawn to the same place on Main Street; where they hope to “keep the consistency of the Chelsea location.”

The locale is a “heart beat of downtown main street” according to Columbiana Mayor Stancil Handley, and with this new addition to the city’s economy the mayor believes this can “only affect it in a positive way.” He stated that restaurants like these increase Columbiana’s revenue, due to the city’s reliance on sales tax. With visitors coming to the city, in addition to locals, the mayor said this just provides another option for dining. Because of the new addition, Handley says the “void” left when Bernie’s closed will be filled and compared the location to a town square back “in the old days.” To Handley, town squares served as a “social area for local people,” but since then “restaurants took that role.” The mayor says the city has received calls congratulating Columbiana on the new eatery.

To apply to work at Hartley’s Down-Home Kitchen in Columbiana, apply within the Chelsea location at 150 Chelsea Corners Way or call 205-678-4990.

COLUMBIANA – Members of the Shelby County Arts Council celebrated one of the first steps to achieving a long-time goal... read more