COLUMBIANA – A Columbiana woman was recently put behind bars after she allegedly exposed a child to multiple drugs last year.

Ashley Jenice Robinson, 24, who lists an address on Luquire Lane, was arrested by the Alabaster Police Department and charged with chemical endangerment of a child on Saturday, May 19. 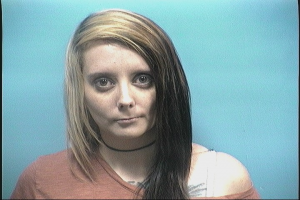 According to her arrest warrant, Robinson allegedly exposed an unnamed child to amphetamine and methamphetamine on July 10, 2017.

Chemical endangerment of a child is a Class C felony, which can carry a maximum prison sentence of 10 years.

Robinson was released from the Shelby County jail on a $15,000 bond during the day of her arrest.

Robinson’s case was assigned to Shelby County District Court Judge Daniel A. Crowson Jr., and Robinson is scheduled to appear at the Shelby County Courthouse for a preliminary hearing at 8:30 a.m. on July 11.