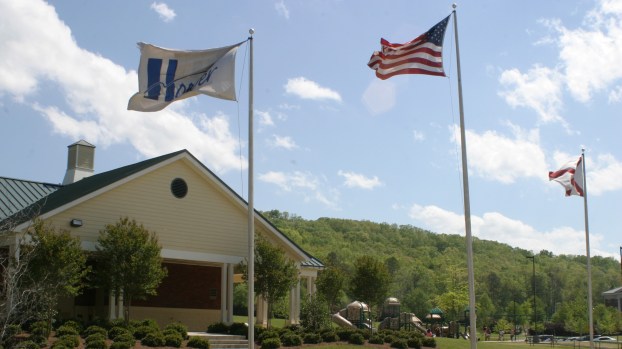 Brocato proposed the tax hikes to the City Council at its meeting on Monday, June 4, along with a presentation about how the additional revenue could keep Hoover a “vibrant” city.

“The last time we raised a penny sales tax was 24 years ago. Obviously, everything costs more now than it did in 1994, including city services.”

The Council will consider the proposal and could vote on it at the July 2 meeting, as Brocato requested, though Council President Gene Smith indicated a decision could be delayed beyond that date.

Brocato’s presentation to the Council included a summary of discussions to that point, including a study by Porter White & Company that projected the city would face increasingly deficit budgets in the coming years under its current revenue structure.

An average of $11 million a year is needed to avoid future deficits and “maintain the current quality of life and services,” Brocato said.

“Hoover has never been a community to just maintain,” he said. “We want to keep moving forward.”

Before analyzing additional sources of revenue, Hoover officials trimmed expenses and sought public input about the city’s direction through the Future Hoover initiative, Brocato said, and the funding of priorities determined through that initiative were included in the mayor’s presentation to the Council.

The mayor’s proposal would devote an additional $4 million a year for Hoover City Schools, $22 million in matching funds for projects to improve the Interstate 459 interchange and the Alabama 150 interstate exit, $22 million to build a community arts center, $1.7 million for a new branch of the Hoover Public Library in the eastern part of the city, and $500,000 a year to implement a bike and pedestrian infrastructure improvement plan.

“This would cover all their capital needs, all their classrooms in addition to renovations at Berry Middle School, Riverchase Elementary, Gwin Elementary, Bluff Park, and roofing and paving projects across the school system,” he said.

The proposal also includes spending $20 million for site preparation, utilities and traffic solutions for an economic project that Brocato said would be announced in the coming months and would represent the largest single investment in the city since the Riverchase Galleria.

The $300 million project would create about 1,000 jobs and “fundamentally change Hoover for the better,” Brocato said.

“We cannot afford to miss out on this opportunity,” he said.

Other revenue sources, including an occupational tax and property tax increase, were considered but are not viable options to meet the city’s needs, Brocato said and added that the proposed increases would bring Hoover in line with neighbors Homewood, Mountain Brook and Vestavia Hills.

By NEAL WAGNER / Managing Editor ALABASTER – Several local girls were crowned in many different divisions during the inaugural... read more