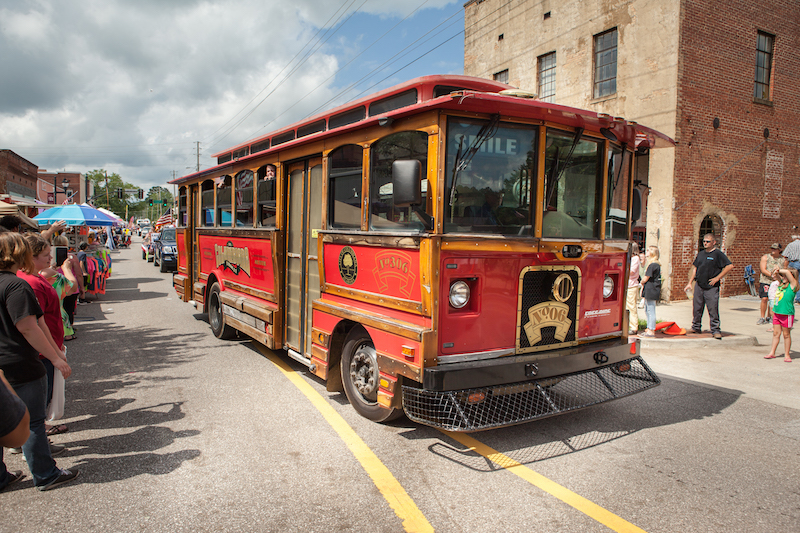 The 32nd annual Liberty Day will be held from June 29-30 and feature a parade, fireworks and more. (File)

COLUMBIANA – The city of Columbiana is encouraging local families to mark their calendars for the 32nd annual Liberty Day festivities, which will be held on the city’s Main Street area on Friday, June 29, and Saturday, June 30.

“It’s a super fun event that we always look forward to,” Columbiana Marketing Director Elizabeth Smith said. “I encourage all families to plan on coming.”

According to Smith, Liberty Day will include all of its traditional features including local vendors, a parade, a car show, fireworks and live music.

Liberty Day headliners include the Rock Candy Band on Friday and the Negotiators on Saturday. Smith said both bands have performed at Liberty Day in past years.

“(The Rock Candy Band) played several years ago at Liberty Day, so they’re familiar with the event,” Smith said. “We had (the Negotiators) last year on Friday, and it rained, so they played for about eight people. They were really good, and I thought they were Saturday-night caliber.”

The Great American Hot Dog stand also will host the event’s second annual hot dog eating contest, and someone will be onsite to make balloon animals.

For many, Smith said Liberty Day offers ample opportunities for churches, civic groups, school groups and individuals to get involved in the community. Smith said this year’s Liberty Day will benefit the Warriors Heart Awareness Campaign through a silent auction and a raffle.

“They help treat PTSD and other issues that veterans face. And it’s not just veterans. It’s police and firefighters, too,” Smith said. “There are so many people who need that kind of help.”

Registration for the parade is currently open. Anyone interested in participating is encouraged to contact Keyla Handley with the Greater Shelby Chamber of Commerce by calling 663-4542.

Smith also said registration is open for vendors and sponsors, and anyone interested can contact her at esmith@cityofcolumbiana.com.

For more information about the 2018 Liberty Day festivities, check out the June 27 edition of the Shelby County Reporter.