Current Shelby County Coroner Lina Evans was elected to serve her first full term in office during the statewide June 5 primary elections. Evans ran as a Republican and received 13,200 votes, which amounts to 57.8 percent of ballots cast, with 44 out of 45 precincts counted. 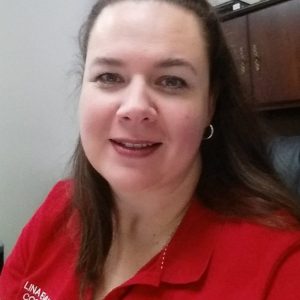 Evans defeated Shelby County Coroner candidate David Warren, who received approximately 9,637 votes with 42.2 percent of ballots cast. A total of 22,837 people voted in the coroner’s election, not counting the 58 provisional ballots that will be certified next week.

Evans thanked all of the voters who helped her get re-elected and said she believes she ran a good campaign.

“We based everything off of qualifications,” Evans said. “We’re moving forward in the next four years.”

During her first year as county coroner, Evans said she has accomplished a lot. She said the Shelby County Coroner’s Office has upgraded its vehicles and upgraded to electronic case reporting.

She said the coroner’s office found new ways to reach out to the community through programs against drug and alcohol abuse and the “Stop the Bleed” initiative.

She also said the coroner’s office is currently in the process of receiving national accreditation.

During her campaign, Evans said her certification as the only American Board of Medicolegal Death Investigators Fellow in the state set her apart.

“That’s the top accreditation in the state of Alabama,” Evans said.

In addition to seeing the Shelby County Coroner’s Office receive national accreditation during her second term, Evans said she has several other goals that include more community outreach and education.

“We’re really trying to open up to the county on what the causes of death are in the area,” Evans said. “We also want to expand on setting a standard for other coroner’s offices in the state. I look forward to the next four years.”

Evans defeated Warren by a total of 3,563 votes. Warren thanked his voters and campaign volunteers for their support throughout the election. He also wished Evans well and encouraged her to make positive changes in the Shelby County Coroner’s Office.

By GRAHAM BROOKS / Staff Writer For the first time in nearly a decade, there will be a new, but... read more