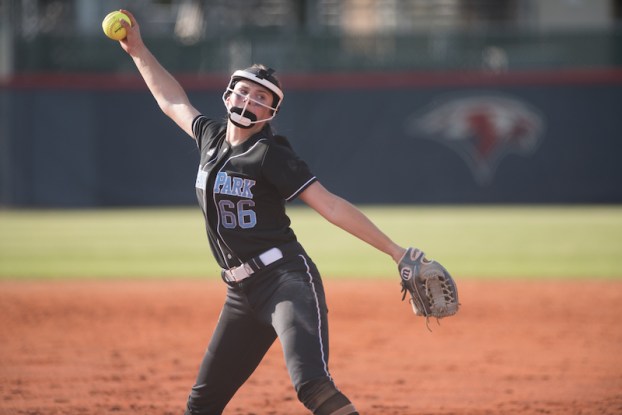 Spain Park's Annabelle Widra, above, along with Thompson's Lauren Haskins were named the 2018 Shelby County softball Players of the Year. (Reporter photo/Keith McCoy)

With 20 players in the county holding a batting average better than .400 this year and six pitchers tossing more than 100 strikeouts, it was another spectacular showing from some of the most elite softball players in Shelby County continued to show their elite level of talent.

Narrowing those players down into an All-County team was difficult enough, but finding the best pitcher and hitter in the county was even more difficult. Two players, however, stood out from the pack thanks to stats that were jaw dropping, making them two of the best players in the state.

Spain Park pitcher Annabelle Widra and Thompson shortstop Lauren Haskins put up numbers that immediately jumped off the page when looking over all of the stats, which led to them being named the 2018 Shelby County Players of the Year.

Widra, who was named the player of the year last year as well, is just a freshman for the Jaguars and continues to show her dominance both in the circle and at the plate.

Widra led the county in innings pitched with 176.1 and picked up 23 wins while holding an ERA of 1.985, both of which were third in the county.

None of those stats, however, compared to her strikeout total of 264, which was close to double the next closest total of 139 from Vincent’s Maddy Walker.

In two years as a starter for the Jags, Widra has now combined for 536 strikeouts after picking up 272 a season ago.

Spain Park also had help from junior Kate Campbell this season, who went 15-3 with a 2.702 ERA and 75 strikeouts, which helped take a lot of pressure off of Widra throughout the year.

It’s part of the reason they were able to make a run to the state championship this year and with both back next year and another year of experience under their belts, a scary thought for opponents.

At the plate, Widra didn’t skip a beat. She held a batting average of .453 and brought in 27 runs thanks to 62 hits, which finished second on the team.

Widra has cemented herself as one of the best players in the state over the last two seasons, and will be back and even better as a sophomore.

Also back for her senior year next year will be Haskins, which is a scary thought for any pitcher set to face the impressive hitter that reached base in 60 percent of her at bats. 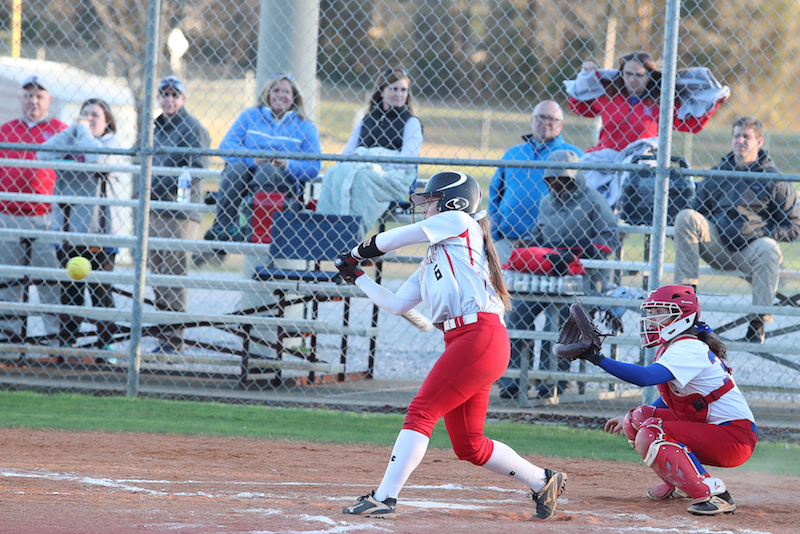 Shortstop has been the most dominant position in the county over the last two years, so much so that an entire All-County first team could have been made up of shortstops, yet she completely ran away with being the best offensive player in the county this season.

She finished her junior season with a .582 batting average and a county-high 70 RBIs, which beat out teammate Madison Bubel by one RBI and teammate Kennedy Foote by six RBIs, showing the Warriors depth offensively.

Haskins also led the county in every power-hitting category as well. She totaled a county-high 22 doubles, a county-high 96 hits, as well as 21 home runs, which was second in the county, to cement herself as the best hitter.

With that kind of improvement in one year, it’ll be interesting to see if she can continue that progress into next year, which would set her up for a monster senior season.

Both Haskins and Widra will return for their respective teams, and if they have duplicate seasons in 2019, it’ll take a special season from someone to take the throne.

By ALEC ETHEREDGE | Sports Editor A spectacular softball season has come to a close in Shelby County, but not... read more