ALABASTER – A 27-year-old Alabaster man was recently taken into custody and charged with arson in the second degree.

Cody Glenn Allen, who lists an address on Carriage Circle, was arrested by the Alabaster Police Department on Friday, June 1. 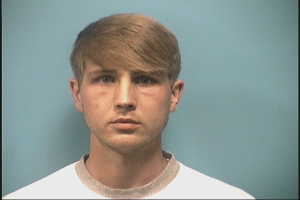 According to his arrest warrant, Allen allegedly started or maintained a fire or explosion at his own residence “with intent to damage” the building on May 4.

Second degree arson is a Class B felony. If convicted, Allen could face a maximum prison sentence of 20 years.

Allen was released from the Shelby County Jail on a $15,000 bond during the day of his arrest.

Allen’s case was assigned to Shelby County District Court Judge Daniel A. Crowson, and Allen is scheduled to appear in court for a preliminary hearing at 8:30 a.m. on July 25.