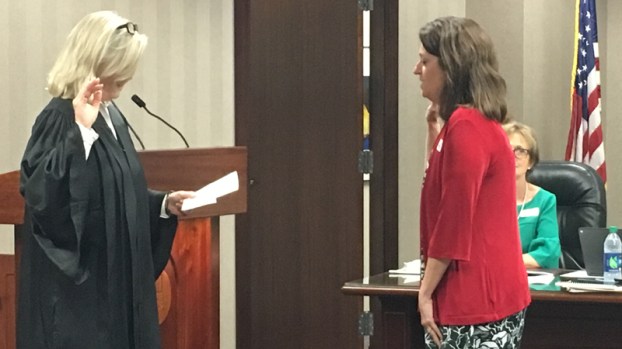 HOOVER – The Hoover City Schools Board of Education, at its meeting on Tuesday, June 5, discussed policy changes for drug testing of employees, salary schedules and the school system’s Code of Conduct.

The meeting was the first for new Board member Amy Mudano and for Board member Craig Kelley to assume role as president.

Under a policy approved by the Board, any HCS employee will be subject to drug testing if the system has reasonable suspicion for such a test.

This has been the standard for employees in “safety sensitive” positions, such as bus drivers, but now applies to all employees.

The Board also addressed drug testing of students by approving a proposal from Indian Springs-based Employment Screening Services to conduct tests at the rate of $34.50 per student.

In the event of a positive test, a student would have his or her privilege to drive on campus revoked until a negative test is obtained. The student and parents would have the responsibility to arrange follow-up testing at ESS’s office off Valleydale Road at a rate of $34.50 per test.

Officials gave an update about the work of a new Salary Schedule Committee, which includes 20 stakeholders and has met twice.

The committee is studying salaries across the school system and could present proposals for changes.

“This is a good school system, we pay well, but one thing we’re finding is we have to remain competitive in order to maintain good teachers,” Superintendent Kathy Murphy said.

The committee will also consider benefits, number of personal days and number of vacation days offered.

“This is just a starting point,” Kelley said. “We’re going to look at everyone who works here.”

Another 20-member committee is assessing the school system’s Code of Conduct and could propose changes to policies including discipline, dress code, technology use and more, Murphy said.

•Heard an update from Murphy about the discontinuation of the IT Academy and Education Academy offerings. The superintendent cited declining enrollment in the programs, and the opportunity to create new programs when the Riverchase Career Center opens in 2019. “We simply can’t sustain programs that our children aren’t signing up for or want to be in,” Murphy said.

•Presented a proclamation recognizing the work of Janet Turner, director of the Hoover City Schools Foundation.

•Heard that 51.1 percent of this year’s Spain Park High School graduates received scholarship money and that 89 percent of grads across the school system were accepted by one of their top three college choices.

•Heard that Greystone Elementary School received a score of 100 on the cursive writing test for third graders.

•Approved personnel actions and business actions, including the April financial statement, April cash disbursements of about $4 million and a May payroll of about $7.5 million.

•Approved a job description for the assistant director payroll and benefits position, and then the posting of the job opening.

FROM STAFF REPORTS The tuition bill for a local college student will be a little lower in August thanks to... read more