CHELSEA – A few members of the audience teared up during city council meeting on Tuesday, June 5, as Chelsea Mayor Tony Picklesimer declared May 12 as Tricia Lacey Hyde Day in honor of a community member who recently died.

“Whereas Mrs. Hyde earned the respect and admiration of all she came in contact with, and our community has sustained substantial loss in her passing,” the proclamation read. “Whereas Tricia Hyde will always be remembered for her selflessness, her sense of humor, her kindness and her compassionate nature that inspired and uplifted those around her.” 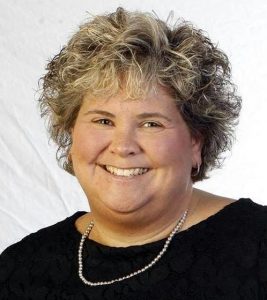 Before her death on May 12, Hyde served as the Operations Manager of the Birmingham Association of Realtors and the Treasurer of the Chelsea Business Alliance.

“She just served our community so selflessly. She was such a bright spot. Everywhere she went, she brought a light to,” Picklesimer said. “We wanted to honor her family and memorialize her passing.”

Members of Hyde’s family who were in attendance at the meeting include her husband, Larry Hyde; her sister, Liz King; her brother-in-law, Tommy King; her mother, Ginny Willis and her stepfather, John Willis.

Liz King said she and her family were humbled and honored, and thanked the city for recognizing her sister.

“She had a heart of gold and was passionate about the city and about what she stood for,” Liz King said.

Ginny Willis and Larry Hyde said everything Hyde did was for the good of others and was not to receive any type of reward or attention.

“She would be totally embarrassed and humbled by this,” Ginny Willis said.

“She did what was right and didn’t ask for recognition,” Larry Hyde said.

Family members said Hyde will be remembered as a thoughtful person who was invested in the lives of those around her.

“Tricia could remember any date or anniversary,” Liz King said. “Any kind of date that was sentimental, Tricia remembered it.”

“She turned this community into a home,” Larry Hyde said.