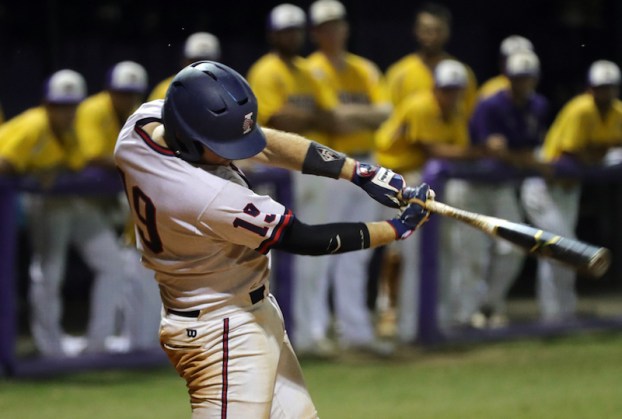 OXFORD, Miss. –Playing at the highest level in their respective sport is a dream come true for many young athletes, but it’s also a dream that can take many different paths.

For Hunter Nabors, he has taken a path of hard work and determination to get to the professional level and he is now one step closer to making a lifelong dream come true as his hard work is showing on the baseball field.

Nabors, a former baseball standout at Montevallo High School, is now headed to one of the best college baseball teams in the country after spending two years at Itawamba Community College in Mississippi.

Now the rising-junior catcher will stay in the state of Mississippi, but will be moving on to an SEC school after deciding to continue his collegiate baseball career at the University of Mississippi.

“It’s a blessing,” Nabors said. “All the work and everything I put in paid off, but I wouldn’t be here if it wasn’t for the support of my family, coaches and teammates.”

With his hard work paying off, Nabors is now headed to be a part of a team that just won the 2018 SEC Championship, something he has dreamed of for several years.

Nabors decided to go to Itawamba mostly for the opportunity to follow in Stovall’s footsteps and eventually play in the Southeastern Conference.

“If your dream is to play in the SEC, that’s the place to go,” Nabors said when he signed with Itawamba out of Montevallo. “The huge goal is (playing) professional, but I just want to progress and progress.”

Stovall is now part of a team that is headed to Omaha, Nebraska to compete in the 2018 College World Series, and soon enough, thanks to the progression he was hoping for, Nabors will have that same chance as well.

He’ll also be opposite of the former county standout that inspired him in one of the greatest rivalries in sports as Nabors and Stovall, both former All-County First Team players, will be on opposite ends of the rivalry.

During his junior season at Montevallo, Nabors held the second highest batting average in the county at .450 and also threw out 13 base runners from the catcher position. The following season, he closed out his high school career with an All-County Second Team nod posting an average of .407 with 25 RBIs and nine base runners thrown out.

Nabors continued his strong play at Itawamba and earned a spot on the Mississippi Association of Community and Junior Colleges (MACJC) All-State team after batting .353 with 48 hits, seven doubles and a team-high six home runs during his second season.

He finished his two seasons at Itawamba with a .321 career batting average, .429 on-base percentage and .459 slugging percentage in 70 games played.

“Hunter is a good one,” said Itawamba head coach Rick Collier. “He came to ICC and worked hard in the weight room and bought into the program. Hunter is strong, can hit the ball really well and is a great young man.”

Nabors helped the Indians (33-17) advance to the National Junior College Athletic Association (NJCAA) Region 23 Tournament for the first time since 2012 and earn the program’s highest-ever ranking at No. 2 in March.

Nabors will now look to continue that success up to another level of competition as the hopes of professional baseball are now closer than ever.

By ALEC ETHEREDGE | Sports Editor Shelby County saw a total of 11 players named as some of the best... read more