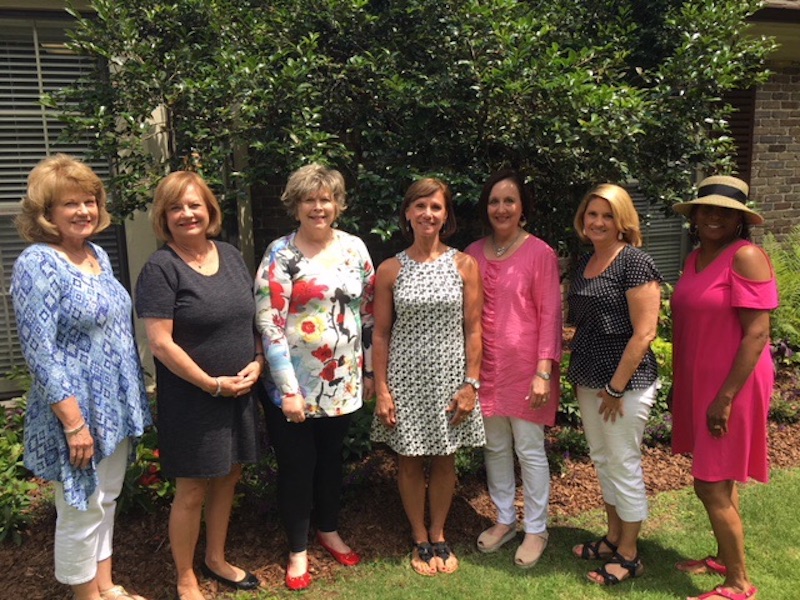 HOOVER – The Hoover Service Club recently elected Elaine Thompson to serve as the organization’s president. Thompson officially took office in May and will serve a one-year term.

Previously, Thompson served as the third, second and third vice president of the HSC in consecutive order.

“I want us to be as successful as we were last year,” Thompson said.

Currently, Thompson said the HSC is working on the Hoover Rise program, which was designed to strengthen the community’s involvement in local schools and places a HSC member on the Hoover City Schools advisory board.

Thompson replaced former president Paula Campbell after her term ended, and said Campbell set a good precedent for the organization.

“She’s an excellent leader, and I’ve got some big shoes to fill,” Campbell said.

Thompson is one of the seven new members of the HSC board, which includes Liesa Pitts, Jan Ingle Sutton, Peggy Dupuy, Debra Taylor, Hope Lawson and Rhonda Boyd.

“It’s a great group of hardworking women that want to do good and want to help the community,” Thompson said.

Thompson said the HSC was founded in 1975 by Flora Mae Pike, meets on a monthly basis and engages in a different service project each month. Currently, the HSC has about 150 members.

For more information about the HSC, visit Hooverserviceclub.com. Thompson said membership is open to women throughout the year and is open to both Hoover residents and non-residents.

“We want to reach out and let people know about us,” Thompson said.